A masterclass in heady house grooves by Aarhus-based tastemaker C.K.

We’ve been pretty intoxicated by the way C.K has put himself on the map. Operating under a cloak of mystery, the Aarhus residing DJ and producer has carved out a little niche corner with his Safe Distribution crew when it comes to making classy and well-thought-out house music – stuff that we personally keep coming back to and consider “timeless” goodness.

Just back from his US tour, we caught up to hear about his travels, all things PRS – including his ‘Tracking Patience’ album (personal fav) , forthcoming ‘No One Cares’ EP’ and developments surrounding his hometown scene, amongst other things. Furthermore, he graced us with 2 hours of quality club excursions to get you in the mooood. Enjoy!

Hi C.K, good to have you with us today! I get that you’re just returned from the States, playing some gigs with the Safe crew – how were things going down – any highlights?

Hey Oddysee crew. Thank you for having me. Yeah, I just came home from three and a half weeks overseas. I was fortunate to be able to do a combination of holidays and a few shows on the east and west coast of the United States. As for highlights I don’t want to point out one specific show, but I’d say I am very happy to be able to experience the dance music culture so far away from home, on another continent. Also after this trip I’m now able to put faces on people that I’ve only been writing with online which is super dope!

As fans would know, you’re one of the people behind Safe Distribution, alongside Central, DJ Sports and Manmade Deejay. Repping the various label projects that you guys run, and simultaneously putting Aarhus underground scene on the map, it seems you all have a pretty strong vision as to how you want your work to get out there. Can you tell us a bit about that vision, the dynamics within the Safe camp and the pleasures of running the distro with such a tight knitted group of mates?

I guess stuff can get a bit messy running things with friends, but I can’t help but feel privileged to be able to run the labels and the distribution with my friends and at the same time travel, have fun, learn, produce music, release records together.

I have heard before that from the outside it seems like there’s a clear-cut vision on how we run the label(s) and the distribution. To be honest “our vision” has never been a topic of discussion when we have talked about our labels. There is constantly new music being produced so in that sense we are very spoiled. Basically we are putting ideas (i/e music) on the table and looking at how the pieces can fit into a puzzle that works out for us. I would therefore say our way of working is very organic – based on gut feeling, energy and the desire to produce and release music – both as individuals and through various constellations with each other. If it feels right, there’s really no need to have lengthy discussions about how and when. The “why” has increasingly become more and more important over the years. Most likely because we have gotten older and learned a lot of stuff. 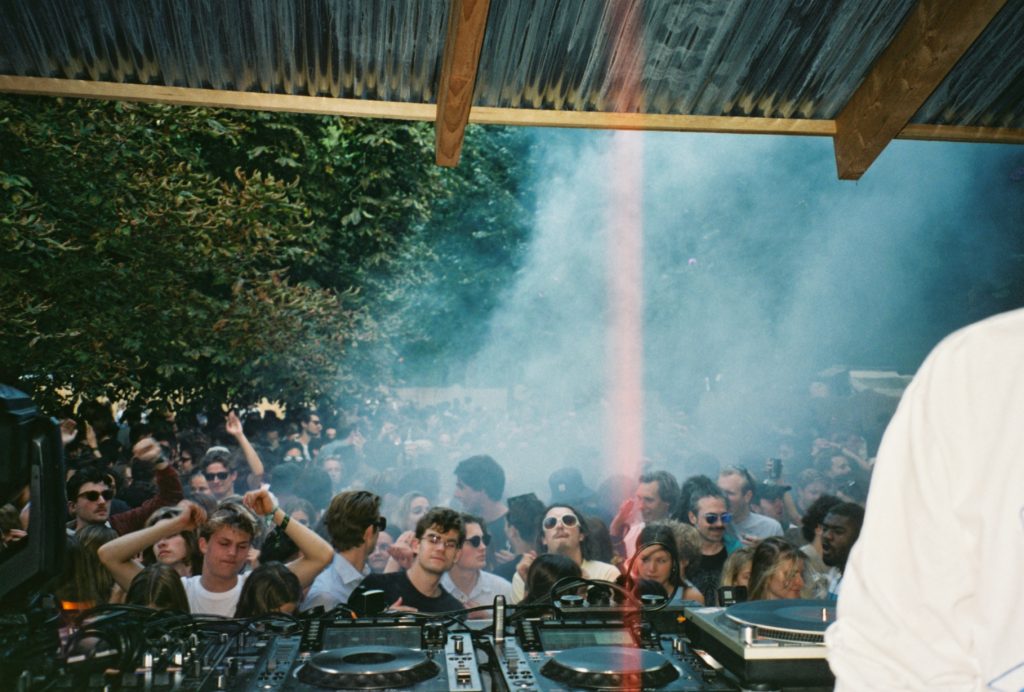 One of those labels on the Safe roster is your very own PRS, on which you released your limited ‘Tracking Patience’ album last year – a beautiful 9 track piece of work that features a combination of lethal club workouts and deep downtempo moods. Could you tell us a bit about that project and how it came together? And what else might you have planned for PRS in 2022?

Sure. For me, one of the biggest advantages of running your own label as a producing artist is autonomy and independence. Or at least to feel some level of autonomy and independence. You control most aspects of releasing. Without the restriction of others, you are deciding the release schedule, graphics and the music to name a few things. I have always been a bit anxious feeling the pressure of asking people to put out my music. Therefore I decided to create PRS (Private Recording System) to basically do everything myself in my way. Without all the pressure that comes from being an artist talking to labels and trying to fit into their way of working.

As for my album – I had slowly been collecting tracks and remixes I had done during the end of 2020 and beginning of 2021. Suddenly there were enough for an album and I thought it was time to do something else than EP’s. It’s a double 12 inch album that works both for the slower/earlier hours, but of course also for the busy hours at the club!

Later this year I’m releasing my next EP, “No One Cares”, on PRS. It is four tracks that I have played out a lot over the past year so it’s going to be very nice to finally get them out in August / September. Then I also have a 10” coming out – if not later this year – then early next year. Besides that, I’ll be doing a very small run of 10” lathe cuts containing two remixes that have not previously been out on a physical format. Lastly, I’m doing an ambient project as 3.11 for a festival here in Århus, but I think that will most likely come out in 2023 on vinyl.

Aarhus recently got an exciting new creative space called Super, which we understand you’re an active member of. Centred around electronic music and experimental contemporary art, and with a strong emphasis on creating an inclusive, healthy and forward-thinking environment, could you tell us a bit about the project, its different facets and the community behind it?

Yes of course! Some friends and I were very fortunate to get the chance to open a new space that we now call Super. Super is a non profit, volunteer driven multi functional space that is both a venue, record shop, café, bar, radio, workshop space and lastly a club. The space lies in the centre of Århus in the old location of the music venue TAPE. We spent most of the spring last year renovating the space and we opened last year in June.

At first our ambition was to create a community space with electronic music at its core. Electronic music is of course still at the core, but a lot of other subjects have come into the picture since we opened and are much more prevalent than what they were at our initial meetings when we met and talked about the new space. Some of these subjects are for example: how we contribute to a healthy club culture, how we organise in a union, independence as a venue, knowledge sharing within music and arts and how we make our space feel safe for people who are dismissed due to certain structures in our society. There’s a lot of new things coming into play all the time and I think that is what is so interesting about Super – it is constantly developing. 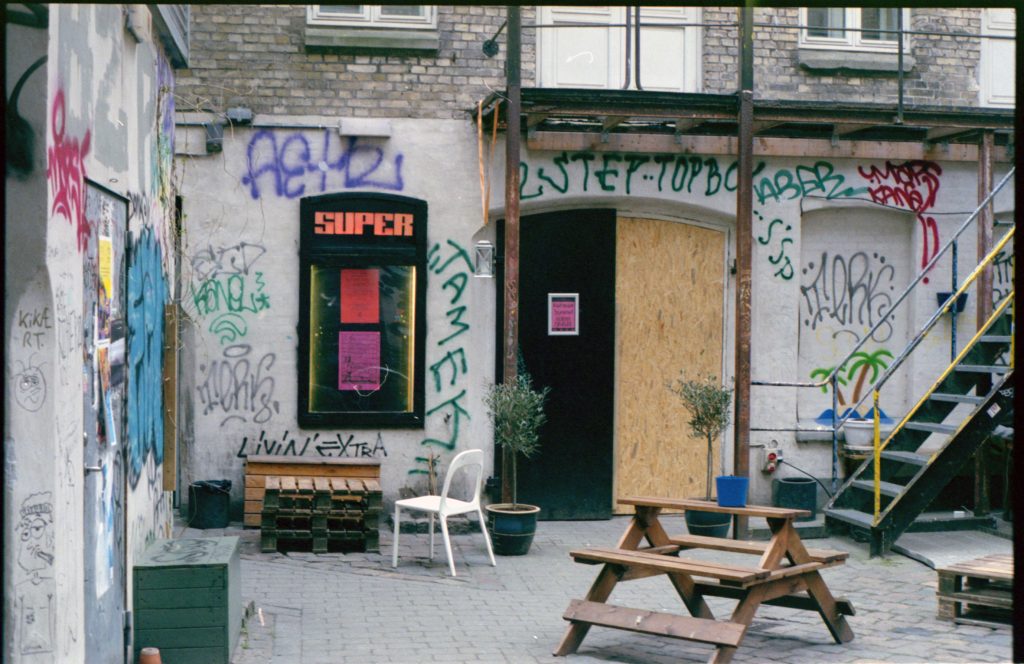 It has been such a steep learning curve and at the same time an awesome experience for me. Personally I can say that I have developed as a human being from being a part of this project. Much more than I had anticipated in the first place. For that I am truly grateful. So huge shout out to all the involved persons and fellow volunteers at Super.

Your Safe Radio series has been a reliable source for quality music and sonic storytelling as well, recently uploading instalment 6. You’ve mentioned before that you like to approach mixing more in terms of storytelling, which the series is a great example of. Can you expand a bit further on that approach, and the process involved for compelling the Safe Radio mixes?

Thank you for your nice words. So as for the basics of my Safe series; I prepare the Safe Radio episodes for weeks and often months – putting records from my collection aside, figuring out how the records fit together in a bigger context. The recording of the mixes also takes quite some time due to the length. I had hoped to put out way more than I do, but I can’t simply make more than I do, due to the fact that I put so much energy into every episode.

As for the thoughts behind Safe Radio; First of all it is and has been an opportunity for me to play music that I on one hand highly cherish, but on the other don’t play in a club environment. Secondly I’m very interested in the mix as something more conceptual – viewing it similarly to a release. I’m constantly thinking about how I can use my Safe Radio episodes as a form of story telling rather than “just another mix in the void”. One element is the length and another element is the different styles of dance music. There are plenty of other things to highlight, but I’ve tried to keep it short.

Lastly, I must say that I just love music and records. Haha. So the mixes quickly become super long since I feel I have so much to tell and show people. I often wonder if people actually listen to the full 5 hours or just click around to find their newest ID. Hehe. 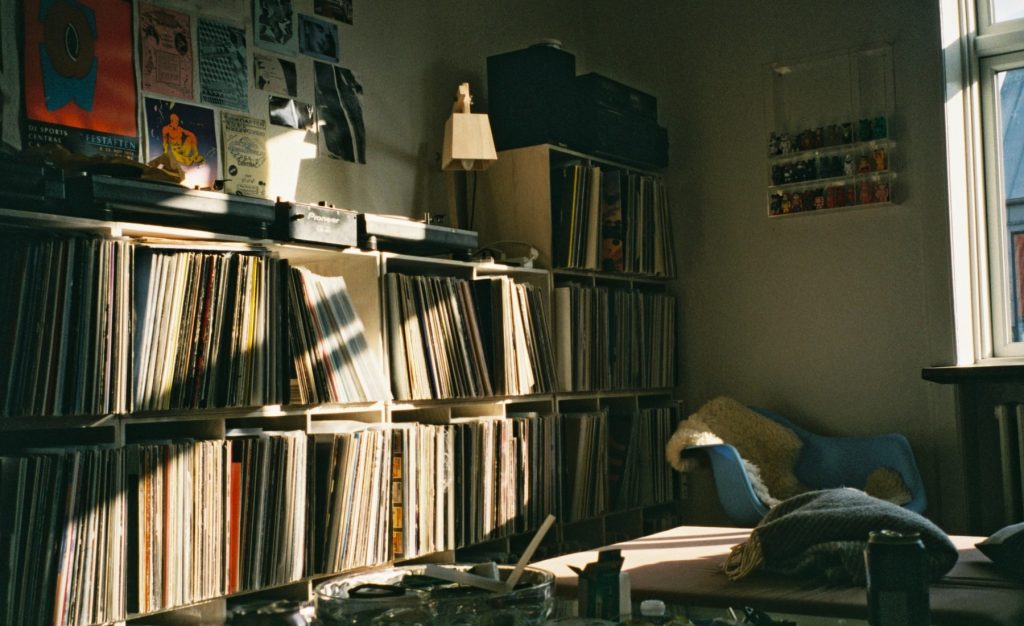 What can you tell us about this mix you’ve put together for us? How did you approach it, what kind of energy can we expect and are there any special tracks in there you would like to mention?

As you might be able to tell, I’m very used to overthinking my mixes in terms of style, energy and so forth. So for this one I have just been trying to put that away and encapsulate a bit more than a 2 hour snapshot of how my DJ-set can sound in a more club oriented environment. It’s definitely a nice challenge to tell a story over 2 hours instead of 5 while still keeping the mix fresh with a variety of styles and energies.

The mix contains older records that I’ve been wanting to put into a mix for a while and a few unreleased tunes from Timeman, myself and an incognito artist from Århus. Also I’d like to take this opportunity to say thanks to Mathias, Julius and August for the recommendations and of course the whole crew – you know who you are!

At the moment I’m in the process of producing the ambient project for the festival here in Århus which I’m honestly a little bit stressed about, but I think I’ll manage in the end. Hehe. Besides that, I’ll be going to the States once again with Central and Manmade Deejay in about two weeks. I’m also traveling to Australia for the second time in December which I’m very excited for. We also have some exciting bookings at Super that I’m definitely checking out. And yeah… I guess I’ll just continue to make music, buy and mix records. Who said 2022 wouldn’t be nice??