Creating intriguing sound capsules for left-of-centre audiences, Laurent Richard has that natural knack for digging up rarities on the regular. Operating under the name of DJ Sundae, the France selector, DJ and graphic designer has spent years developing his sonic footprint. And it’s one that very much stands on its own, as displayed through his monthly ‘No Weapon Is Absolute’ show on NTS Radio with Cosmo Vitelli. Laurent is also the mind behind Idle Press. A record label that hosted some pretty sick releases by Alexis Le Tan, Smagghe & Cross and, most recently, Gordon Pohl.

With an eye on his recent tape outing for The Trilogy Tapes, we extended the invite to hear the latest and asked him to contribute to the mix series. The result speaks for itself; a seamless session in trademark explorative fashion.

Hey Laurent, good having you here! What have you been up to over the holidays and how has the new year started off?

For the Xmas holidays, I went to my hometown Montpellier in the South of France, to see my family and friends. Like most people I guess, the year started off with many worries regarding our social life, and the future of the whole cultural and music economy. More personally, after months of non DJ-ing / non working, I finally got back to doing graphic design for several projects. No new release planned on my label at the moment, but I hope to do so soon.

I see you finished 2020 on a high note with the release of your second tape for The Trilogy Tapes. What can you tell us about the series? And the curation of your latest instalment – did you have a certain mood in mind for the mixtape?

The first tape was a kind of sequel to the folk and songs mix that I did for NTS in 2019. After hearing this show Will Bankhead got in touch for a project. My idea was to do something with a similar vibe and more « rare » songs. I liked the idea to archive some mixes on a physical release, featuring tracks I cherish. Maybe they will last a bit longer than all the streamed / online mixes. The Trilogy Tapes was the perfect place for this. Definitely one of the most exciting labels of this time with the sickest designs around. The second tape is a bit less folk oriented, with more pianos and Indie rock songs. I can described it as a nocturnal echo to the first one.

Your Idle Press label also recently released a 4-track EP by V2A – a new alias by longtime music maker Gordon Pohl -, accompanied with beautiful artwork from Fenna Fiction. With the label’s output reserved for the rare exceptional project that comes your way, tell us a bit about how this came together and the featured tracks.

I’m a huge fan of Gordon Pohl since the Musiccargo years and then Karamika, and of course his Kunstkopf label. Gordon have already done some great mastering work for two releases on Idle Press: the Pitch remix by Tolouse Low Trax and the edits CD of Alexis Le-Tan. I always wanted to release something from him. A few remix projects were on the way but never came. I finally asked him if he would be up for contributing a full solo release, as he did very few reworks and remixes recently. I couldn’t be happier with the result, V2A is a beautiful excursion in Gordon’s unique vision of time and space.

Your monthly “No Weapon Is Absolute” show on NTS Radio is coming along nicely as well. Almost going into its fifth year, I’m curious to hear how it all started between you and co-host Cosmo Vitelli? And what do you think is the secret to it being such a successful collaboration?

“No Weapon Is Absolute” first started on Rinse France in Paris. Cosmo Vitelli and Krikor hosted the show together as the official label show for their I’m a Cliché label. Then Cosmo asked me to join the team. For 2 years it was very fun and exciting to record the show live from their studios. Specially when we had guests like Manfredas, Vladimir Ivkovic and Thomas Von Party. Then Cosmo and I wanted to do a shorter show, less mixed, with more laid-back selections. As big fans of NTS’ programming, we thought that their platform would be the best environment for this change. And in regards to the collaboration.. I guess it’s friendship. A same curiosity in music and we’ve also took this radio thing quite seriously for more than 6 years now!

We know you have been fully immersed in the skateboarding scene for many years. With the skate scene being heavily attached to a diverse range of music, how do they interconnect for you personally? Do you have any projects that connect two of your loves running at the moment or upcoming?

I did skate a lot in the 90’s, but it’s only after the first lockdown, and the lack of parties around, that I came back to it. In the 90’s, the skateboarding scene morphed into an exciting cultural movement with new graphic design, fashion proposals and a predominant place to music. From Sonic Youth to rap crew Hieroglyphics, or pop standards recontextualized like Sade and Steve Miller Band, soundtracks in skate videos reshaped my music tastes for good. Classic Blind’s ‘Video Days‘, by the young Spike Jonze, had the best music supervising ever with tracks by War, John Coltrane and Dinosaur JR . That was as inspiring as any key record in my teenage years. This generated an alternative and cross-over perspective that got fully embraced by the people who ran the local skate shop in Montpellier, were I used to hang out. Seeing them spinning there Funkadelic, DC Basehead, Black Sheep mixed with the early Mo’ Wax and the first rave records made me want to do the same.

It’s funny that you asked that. Next year will mark the 30th anniversary of that skate shop / organization, called Short Brain. We will celebrate this one way or another, but for now we’ve only just started diggin for old fanzines, magazines and VHS tapes, and collect everything… To be continued. 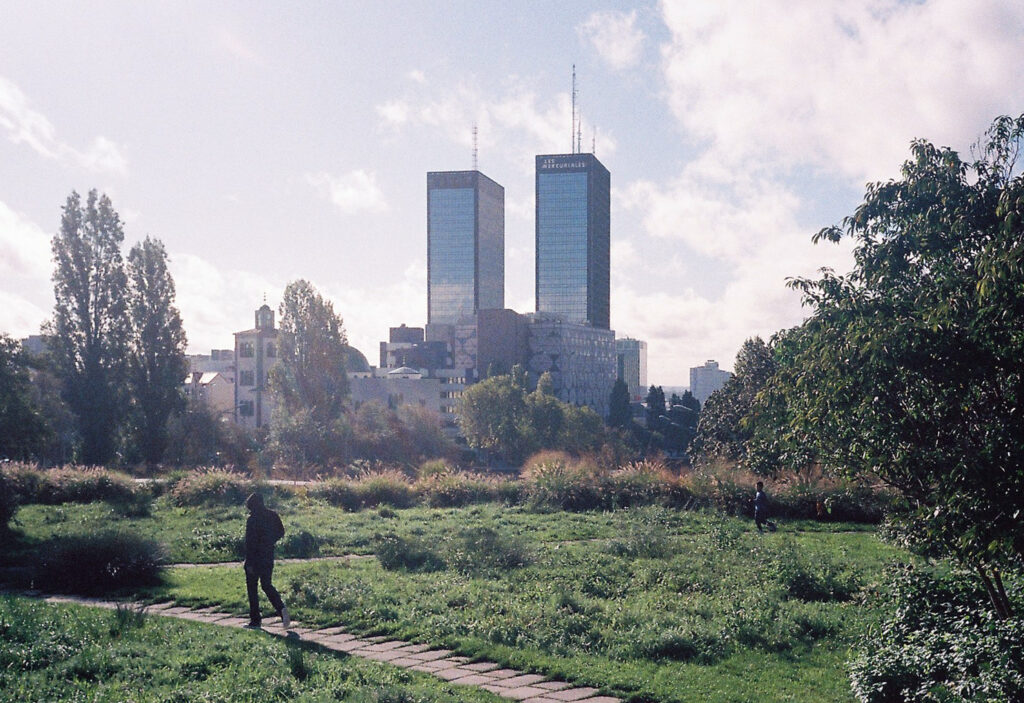 Finally, what can you tell us about the mix you’ve recorded for us. Any specific vibe channeled, special bits in there you’d like to mention, etc.?

I’m trying to alternate between « club » mixes and more listening / radio stuff as much as possible. This one for Oddysee can be the soundtrack of my current imaginary nightclub. The track ‘Glowing Trees‘ by Meek from 1994 (slowed down here), an alias / electronic side of Andrew Weatherall, resonates differently today of course.