In the business of creating mind-altering experiences, Hivern Discs and Macadam Mambo affiliate Eva Geist takes us on a sonic trip!

Educated as a classic piano player and vocalist, trained as a live performer and sound designer… Eva Geist is one of the most intriguing artists in the business. Her unique approach has the power to guide listeners through entrancing sonic realms whilst ushering inward exploration of the mind for those surfing the frequencies. Often forming cinematic musical stories around rarefied melodies, arpeggiators, psychedelic beats and mystical rhythms, her idiosyncratic talent has found a loyal following of people with an ear for the complex and meaningful.

With a new monthly radio show on NTS called ‘Electric Eden’, together with her partner Donato Dozzy, and lots of music to come in 2020, we caught up with the extremely talented virtuoso to gain a glimpse into her world of enchanting music, duality, and musings on the militancy of artistry.

Hi Andrea, how’s life in Italy right now? From our conversations over the last couple of months, it seems there have been some different periods of adjustment and emotions. Now we’re coming out the other side, what can you tell us about how this strange period was for you? How did you experience the isolation period, was it time spent productively or really a moment to step back and reset?

It seems that we’re going to enjoy some sort of summer. Bars and gardens where you can play are open again, however only with small audiences and must be booked in advance. It’s also possible to go to beaches and parks again and although the rules of social distancing are still very prominent, overall people are way more relaxed.

I have never experienced so much duality in the world, good and bad, black and white, masculine and feminine, close and far… This obviously generates violence. Clearly the dual mind of man, the mind created by cartesian rationalism so to say, is no longer capable of comprehending the actual reality, which has been dramatically expanded by new concepts like quantum physics and black holes. I think most of us haven’t realised this yet and this is part of the problem as mankind will be forced to adapt by these circumstances. This necessary transition must bring some pain and death. I reflected on all these things, during this time of uncertainty and the results brought me closer to my inner voice. Everything takes its right place, when it’s time for zero bullshit. And so, you know it’s ok, this will take some time but it will definitely bring clarity in to everyone’s life.

We’d love to know a bit more about your musical background. As an instrumentalist, vocalist and producer you have an array of skills which we see you showcase across your own productions and collaborations. Is there a first love amongst them or do you see little separation when defining yourself as an artist?

I like what I heard once in an interview with Prince on tv. The woman leading the interview had a young person in her family who wanted to be a musician and was looking for advice from Prince. He said that the best thing one should do is to study music in all aspects, no matter if artistic or technical. Knowing everything about music, poetry and art is all I wanted to do in my life, since I was a little person. For more than 12 years I studied classical music, learning piano and choir singing. But I suffered from the competitiveness of the classic music environment and gave up my studies to forget about music for a few years. When I moved to Rome, thanks to my sister, I stumbled upon the underground scene of Roma Est and the discovery of experimental punk music gave the inspiration to take music back. I felt a lot of freedom. After experimenting for a while in bands, playing keyboards, bass and singing, I discovered a real passion for synthesisers. I went to a Pan Sonic’s live and thought “This sounds really good! I want to learn that!”. In Berlin I became an electronic performer and sound designer. I am a sonic explorer or poet. 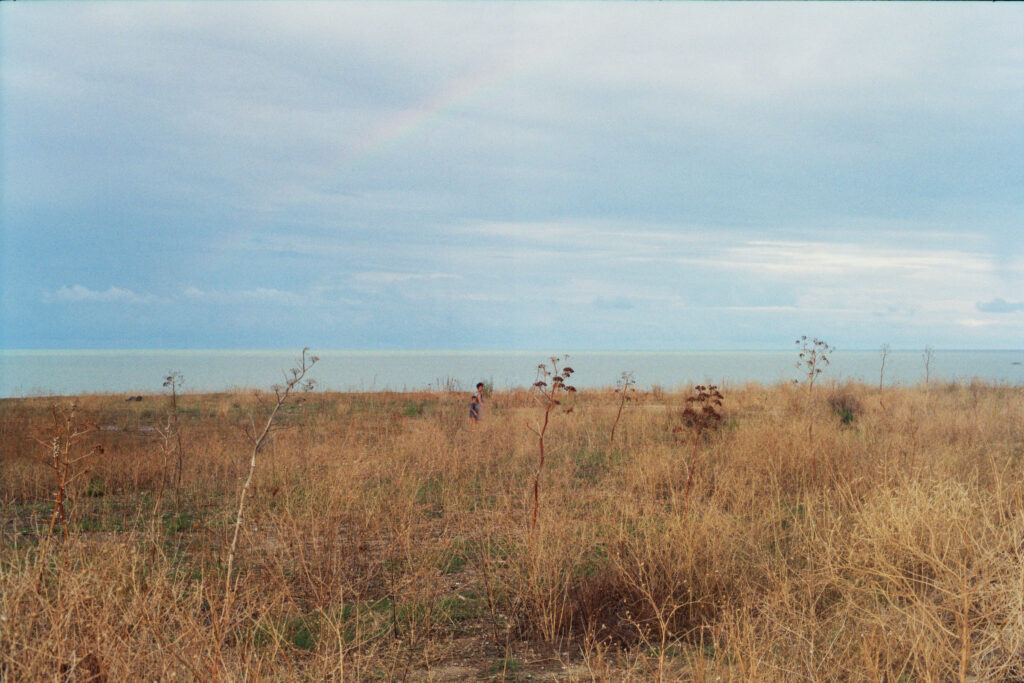 Your own productions have been described in many ways.. enchanting, journeys through fantasy or distant worlds, cinematic. Can you tell us a bit about your process in capturing and expressing such a unique sound? And do you have any new concepts you are working on at the moment? Then on the collab front, you of course recently partnered up with the Die Orangen dudes, providing vocals on killer track ‘Burnt Bay’ which came out a few weeks back, anything else we should be looking out for?

Before composing, sometimes it happens that I feel slightly unwell and restless. I perceive a large amount of chaotic energy that I must slowly become aware of. Music then becomes a sort of therapy that helps me to communicate. I belong to that group of individuals that found in the world of sound, a consolation to life blows and I’ve been told that my music has got a nostalgic tone.

After the lockdown during which I mostly rested and reflected, a new period of activity has slowly began. I am working on various tracks for compilations, on a remix and on a soundtrack. Plus before the end of the lockdown I started a series of podcast called “Electric Eden” on NTS with Donato, my partner. I recorded a couple of mixes and I am planning to do some more after the summer.

I am very happy about the collaboration with Die Orangen, it’s a mesmerizing sound. We decided together that the vocals had to be in Italian and treated like a spiritual subject. The verses randomly edited by Die Orangen evoke a nostalgic ballad of the witches, that have been literally whipped away from this planet and are actually still being persecuting or discredited by the majority of the world.

On a more general note, it seems to us that the world is in the midst of a much needed transformation. First how do you see this? At the time of writing, the movement for Black Lives Matter becomes stronger, people seem to becoming more aware of the indigenous movements in the Amazon and other parts of the world and there seems to be a feeling that its time we stand united against injustices. Do you believe our scene and the artists have a responsibility to be a voice for change or not… whats your personal take?

I think that if anyone who has an audience decides to become an activist and use their platform to educate people and spread some positive ideas, it’s a very beautiful thing and is perhaps needed at this moment in time.

But I believe there is something even more effective than this.. In that art should be militant (something we’ve already learned from the avant-garde of the beginning of the last century). Art then becomes both a process of experimenting and transitioning. In the process you must learn languages, but only to then break them into pieces and recreate your own. The industry makes the artists and nowadays this word has lost a bit of value in my opinion, because there’s a lack of honesty and a narrow mind outlook on what an artist should be really doing. Why for example, in so many countries are governments ruled by the global agenda, treating local art communities so badly? Because they are able to change the language and that’s very dangerous to them, as this is the way you change the system. This for me is a really effective political deployment of art. Recently music had become a little bit boring for me, because there are a lot of replicators and clones and sometimes you must dig deeper to discover poetry. On the other hand, today music has become really important. Science has proved that every object in space, included stars and planets emit a frequency. Healers in Amazon have known that since ages, use mantras and sounds to heal. Sound is consciousness and music is an ensemble of languages, available to translate this energetic quantum. To be really politically active, an artist should be showing it through the value of their art. This is how artists can be the revolution. 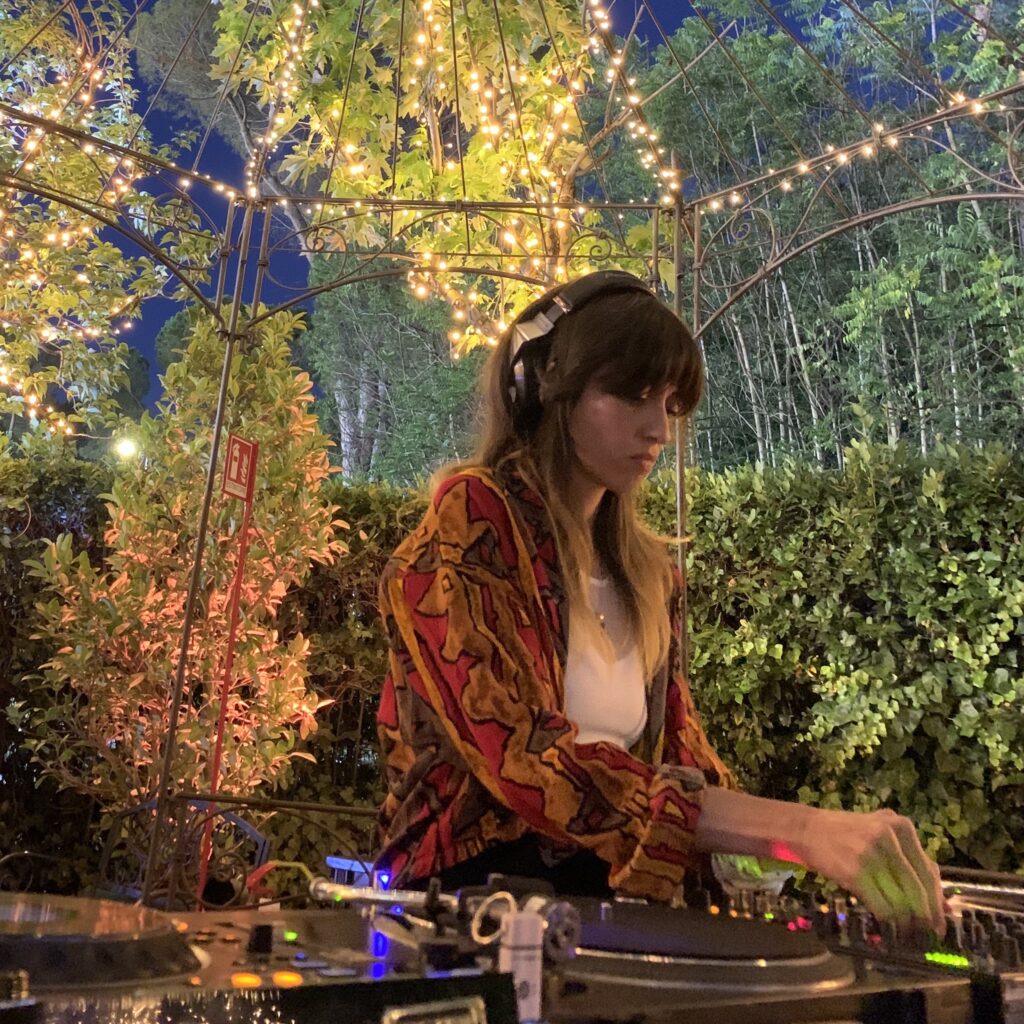 Finally, how do you feel about the future of our scene? Post Covid-19, it seems clear that things will change at least for the foreseeable future with many agreeing this change is long overdue for a variety of reasons. Any perspectives / opinion you would like to share on how you think things will look 6, 12 months or years from now?

Not all aspects of this crisis will be bad, on the contrary! People are rapidly re-programming themselves, changing their languages. Many will go for the alternative, instead of following the old ways. We will be more focused on our closest environments, reconnecting with family, friends and the local scene and simply rooting. We will understand that the current system is stretching the human body and bringing a level of stress that is unsustainable. We will be discussing what a sustainable music economy might look like. The hard time that we’re experiencing now won’t last forever and will deepen creativity, as it always happens. I believe in change and I have trust in aware people. You might say I am a dreamer, but I am not the only one.