Percussive virtuoso Fango serves up an eclectic selection of music, showcasing a number of trademark home-made edits. Delivered with love to help us remember those happy moments of togetherness on the dance-floor.

As a DJ, Fango is celebrated for his high energy, fun and expressive sets. With little more than his underwear and (sometimes) a cap, he quite literally follows his own ethos.. that music is naked and should be played to the crowd without a mask. As a producer, he is a perfectionist obsessed with mixing bass drums, recording percussion, sampling and you’ll hear everything from drum machines to orchestral gongs in his work. Over the last few years, these productions have appeared on labels such as Kompakt, 50 Weapons and his main home Degustibus Music, becoming synonymous with some of the coolest underground events, tastemakers and dance-floors around the world.

We talk life in lockdown, beer and live band plans with the man himself.

Nick, how’s it hanging and how is life in Mirano now after these difficult last couple of months? And personally, what has been your approach to confinement, with the absence of gigs have you spent more time in the studio or taken these moments for quieter reflection and a break?

They have been weeks of great introspection: I have found a part of myself and discovered new aspects. Next to that, I continue to dedicate a lot of time to my children, especially to the latest arrival Carlo (11 months). And in the time marked by the changing of flowers, I also breathe and enjoy a dimension linked to the world of nature.

I managed to pick up old passions, including cinema, and started learning new things. I started making homemade beer which I’m very proud of. To brew, I use a simple, archaic machine designed during this long break: the most interesting result for the moment is a 10% Fruit Imperial Ipa with mulberry berries, it’s called TH310.

You did mention you were currently working on a new remix when we touched base a few weeks ago.. How is that coming along? Any other new music in the planning either originals or reworks?

Yes, I was finishing my remix for Silicon Soul that has come out in the meantime! I laid the foundations for a new album, for which I am trying to involve my new band as much as possible. The idea for the album is to look for an organic and three-dimensional sound. I’m also finishing off a couple of club singles. Unfortunately one was blocked due to a license problem on the sample used, which was a bit of a blow.

You’ve grown a great reputation as a show man who lays it all down when DJing, so it was no surprise to us to see you taking the next step, forming the Fango live band and bringing more live elements in. Can you tell us how this came together and a  bit about your band mates? Can we expect 4 x the nakedness?

The band is a huge satisfaction, although unfortunately I couldn’t find any stripper that sounded good (joke!). They are all long-time friends, incredible musicians. Lorenzo Petri, Luthier  is on the guitar: his acts are made exclusively with instruments modified by hand for the occasion by himself. Davide Cairo, sound designer, deals with the electronics and samples (as well as the visuals) and to complete the band Michele Zavan, a bassist famous in our scene for his technique.

We had quite a few dates booked in really unique places which unfortunately were cancelled due to Covid. The live performance is very complex and demanding, but it really leaves its mark and I hope to bE able to perform it again soon.

With the excitement of launching this late last year it must be incredibly frustrating to not take the band on the road or even practice together…. It seems restrictions are slowly lifting, what are your next steps, hopes for the rest of the year and vision for the band long term?

It was difficult to deal with these limitations that have also impacted many colleagues and people working in the music industry.  On the other hand, this break and difficulties are a stimulation to do better and I hope that they have made me grow as an artist. All these tensions, ideas, challenges will be distilled into a new album and it will be beautiful! 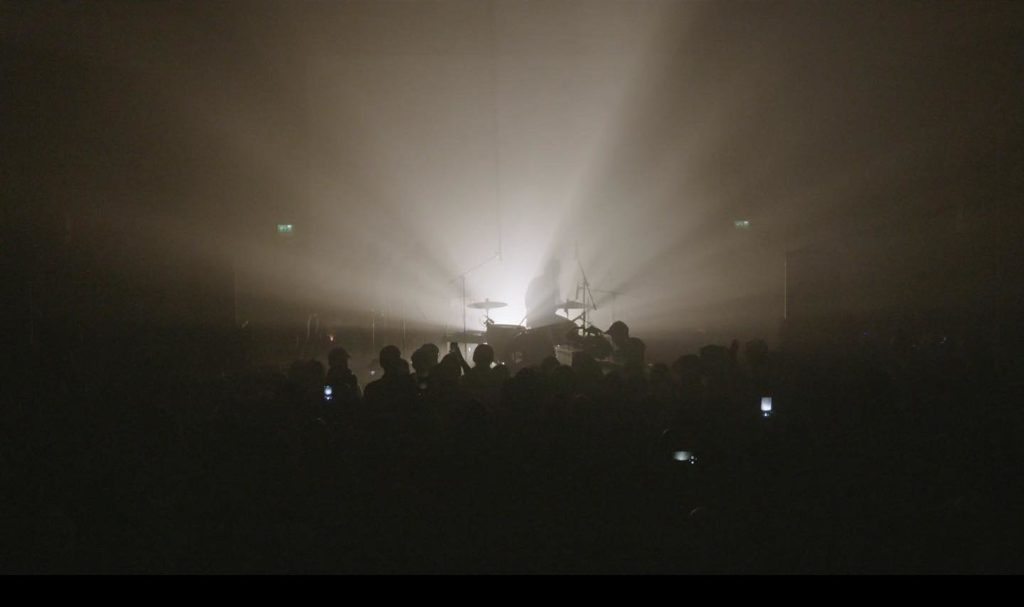 Finally can you tell us about the mix you’ve recorded for us. Any specific vibe channeled, special bits in there you’d like to mention, etc.?

There are tracks with which I have visceral ties. I tried to build a journey inside a kaleidoscope of emotions that ended with a note of hope. The first song of the mix, I have often used in clubs – I link it to the incredible sensations that arise from the sharing of intense hugs and wide sculpted smiles. It is a small gem of an edit / rework entitled “This is a Knife”. Maybe my intent was to start from the good memories from before the lockdown. But let’s not dwell too much on technical explanations, nor personal considerations; for each listener there is ”carte blanche” to trace their own route and face their journey without limitations.