An quality hour of eclectic grooves with one of New York’s favourite trailblazers.

Hailing from Hawaii and now based in New York, Kim Ann Foxman is an endlessly charismatic figure who is cruising on her own wavelength. Tapping into that frequency from an early age, she is active in various dimensions of the contemporary landscape. Between running her Firehouse imprint and delivering dynamic studio work as a producer and vocalist, to her knack for penning nonlinear lyrics and works in the fashion biz. Kim Ann does not fit the mould and this makes her quality undertakings all the more exhilarating.

We catch the eclectic DJ and record collector off the back of an important election week in the states as she talks politics, spending time upstate and moving studio with Avalon Emerson. Furthermore, she contributes number seventeen to our mix series – a beautiful manifesto of seamlessly strung together sounds that covers dreamy moods, heavy moments and dense landscapes.

Hey Kim, what’s been going on? We heard through the grapevine that you’ve been keeping busy with a studio and home relocation, what can you tell us about that? Are you moving out of the Firehouse?

Yeah, I’ve been very busy with moving both my studio and home out of the Firehouse. I’ve been here for over 8 years, so it was a big move and an end of an era for me. I did find a new music studio in Brooklyn which I am really happy about, as it’s the one upgrade I’ve had this year which is giving me a lot of positivity and inspiration during this crazy time. It’s a really nice spot that I share with two good friends, my Pleasure Planet bandmate and [SELF:TIMER] label partner Andrew Potter, and Avalon Emerson who has been the most perfect addition! It feels like a super creative environment, good location, and has rooftop access with beautiful views. I’ve been spending a lot of time between upstate and Brooklyn.

On a more personal note, how have you been spending your time during this crazy year? I saw you’ve been hanging out with NYC’s newest resident, Perel. And, have you been able to get the creative juices flowing in the studio? What are some of the things that you’ve been working on recently?

This year has been such a strange vortex. In the beginning of lockdown I was very creative and slammed out a couple of remixes really fast. Then something unfortunate happened which really threw me off my work flow. My studio suffered from a flood. It was a real bummer and the last thing I needed on top of everything happening. Luckily not much gear was damaged. I did lose a lot of original record sleeves which is a bummer, however, the records still play so thats good. I had to take my entire studio apart, and deal with a giant mess. After that, I really had a hard time working on anything for a while, so I just focused more on DJ mixes and live streams instead, until it was time for me to move out.

With the new studio set up now it’s filled me with a lot of creative energy again. I’m currently working on another remix, getting back on track with finishing our Pleasure Planet LP, and working on new solo stuff too for some labels. And yes, I’ve been hanging with Perel when I can. I’m so happy she lives here now! She helped me record a live stream fundraiser I had to participate in at her house. And she graced my set with a winning cameo of her brushing her teeth with an electric toothbrush while I was behind the decks. Whenever we hang out I feel we have some kind of kooky chemistry and always have so much fun together. 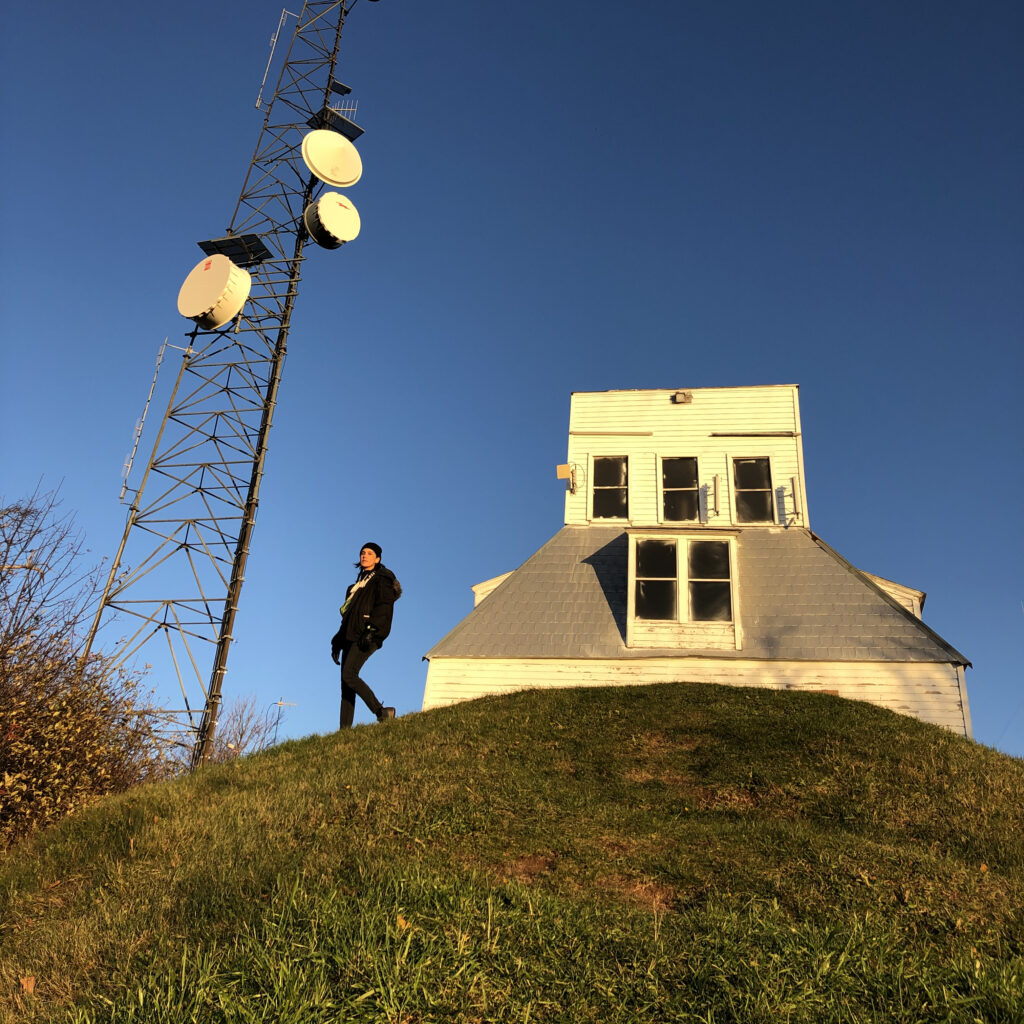 In general I’ve been spending time between upstate and Brooklyn. And spending as much time outside as possible before it gets too cold. I got to spend a whole month on Fire Island which was really a special treat. And I’ve spent a lot of time in the Catskills for some nature therapy. Upstate has been a real retreat for me to breathe fresh air, make campfires and hang out under the stars, cooking nice food with friends, and it’s been the perfect setting to enjoy my favourite psychedelics which have been really helpful for me during this time.

Your latest 12” ‘Blood Moon’ dropped via Emotional Especial a couple months back, featuring sick artwork by Jamie Paton. Inspired by the Blood Moon over London, the original song is backed by remixes from Roza Terenzi, Violet and Dawl & Sween. Tell us a bit about how that came together.

I had sent some unreleased music that I had been working on to Stuart Leath who owns the label. I was actually planning to release it myself, but Stuart asked me if he could put Blood Moon out. I’m a big fan of all his labels so I was really excited that he was interested. We talked about my wish list of remixers and agreed on this dream team for the release. I’m so grateful they were all down for it and all delivered such sick remixes. And yes Jaime Paton killed it on the artwork! He’s amazing. I love his work. Its also extra special to me because the image of me on the cover came from a photo taken by my girlfriend Lizzie Alexandra that he manipulated and used for the design. I love how strong and graphic it came out, and I love the colours so much. I’m super happy with the release.

From an outside perspective, it’s been pretty surreal seeing things unfold in the US. Although movements like Black Lives Matter grow stronger and more people stand united against injustices, it seems the country is more divided than ever. Now, with Covid cases going up again and the new presidential election starting off as a bit of a trainwreck, I’m curious to hear your thoughts on the whole situation..

Yes it’s been beyond surreal here with so much going on all at once. The U.S feels more divided than I’ve ever experienced in my lifetime due to Trump in office. And yes, at the same time, people have really come together in solidarity to take action against injustices more than ever. Covid cases are on the rise here again and we are on the border of another lockdown in New York. With the Announcement of Biden’s Presidential win, there is a huge feeling of relief and hope in the air knowing that Trump is on his way out. But he’s already refusing to leave office, and will create as much of a mess as he can on his way out.

When I found out Trump was out I was in Brooklyn, taking a shower, when suddenly we could hear loud cheers in the neighborhood. My girlfriend ran outside and I didn’t wanna miss out, so I quickly grabbed a towel and starting putting on my doc martens, and headed for the door with wet hair. I opened it and realized.. I should probably put some clothes on. LOL. So I changed and ran out to join. We shed some tears of joy and relief, and cheered in the streets and did some major celebrating. It was an epic.

On the flipside, it’s been great to see many nice initiatives, campaigns and movements arise both in and out the music scene. Are you involved in any? What would you recommend our readers to check out and support? 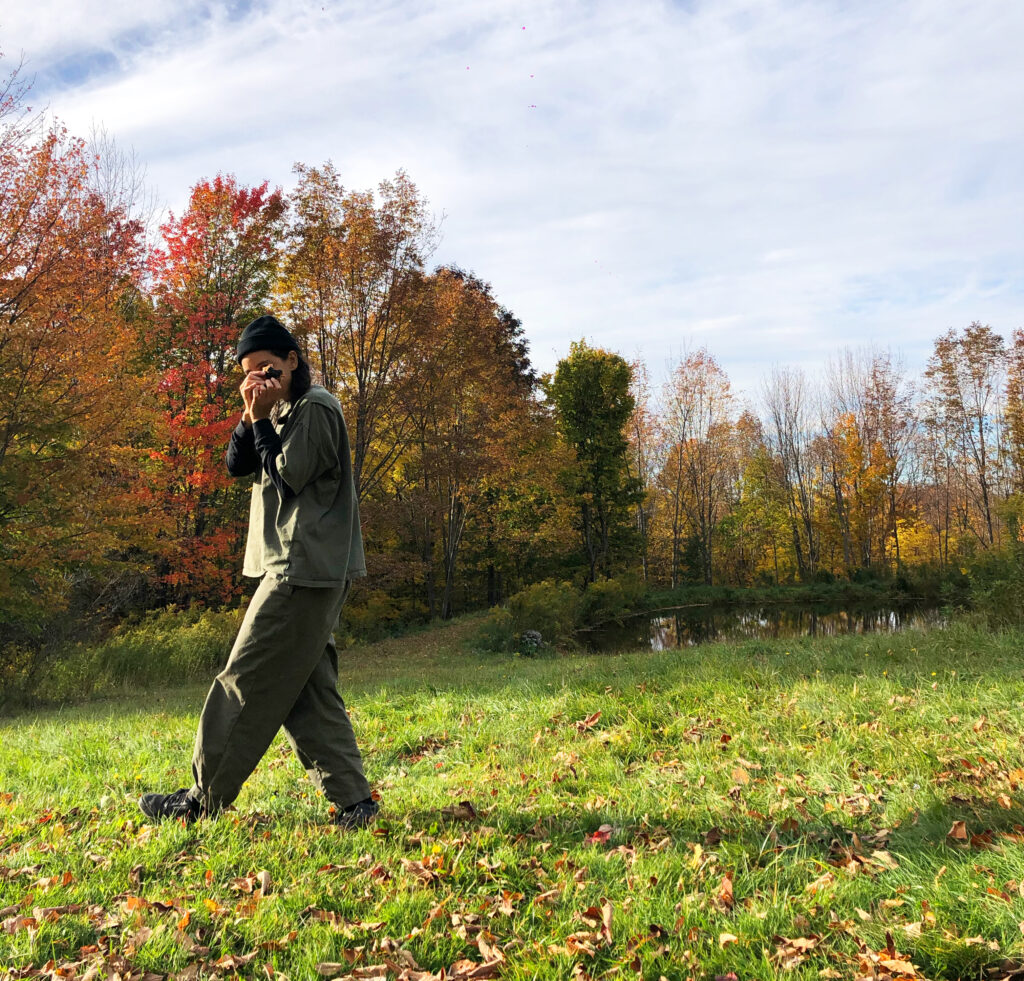 I also participated in a Virtual Festival to raise aid for Unicef. Street Riders NYC leads epic bike rides and I to participated in a huge one in solidarity for BLM and Defund the Police movement. It’s so nice to see the city also getting involved and cheering in support. The Brooklyn Liberation march for Black Trans Lives Matter for me, was so massive and felt so beautiful to be a part of. It was so powerful and really moving. Its been really nice to see the music scene so involved and so active in supporting these movements.

Here are a few links if anyone is interested in Donating;
National Bail Out
Donate to Black Trans Groups
Sylvia Rivera Law Project

Finally, what’s the story behind the mix you’ve recorded for us. Any specific vibe channelled, special bits in there you’d like to mention, etc.?

“4th Dimensional Agoraphobia” mix is filled with a mixture of old and new tunes. The title is inspired by how psychedelics have helped me a lot through this time we are living in and given me a nice place to escape to. It starts out meditative and blossoms into a dance journey.

All pictures by Lizzie Alexandra.