Unable to put a foot wrong at the moment, whether it be through his homonymous record label or his own production work ranging from dance floor effective steppers to razor-sharp club bouncers, Spray is doing the business at the moment! Equipped with a deep cache of hard-hitting gems and the ability to work them into synchronised perfection, we have been enjoying his previous mix outings to great lengths.

With his debut EP, ‘Witches Drinner’, just released through Perth-based Craigie Knowes, we thought it would be the perfect time to invite Thiernan for a chat, and he’s delivered a steamy club mix built perfectly for smoke-filled dance floors.

Hi Spray, excited to have you with us today! It’s been a busy couple of months for you it seems. Between moving studios, the release of your debut EP and SPRAY002, and gigs, how have you been taking it all in and how’s the studio coming along?

Hi Oddysee, thanks for having me. Yeah the last few months have been really hectic but lots of fun, it’s so nice to see things you’ve worked on for so long finally come out. Moving studios has been so sick. I have a much larger room now and everything is running all at once so I don’t need to unplug anything which used to take up so much time and headspace. I’m able to have everything running in sync and patch any synth or any drum machine to any effect which was always the dream I just didn’t have the space or enough cables haha

Having previously made music under a different alias, your Spray project has been taking shape nicely over the last couple of months. Starting out as a record label in 2021, and now a production project as well.. tell us about this new chapter, the development of the production side, and what kind of sounds inspired this latest project?

I came up with the idea for the Spray label in 2019 after discovering Dimension 23 “I.M.O.K. R.U.O.K.” which I wanted to reissue for 001. I initially planned for Spray to be just a label but with Covid as well as pressing plant delays I had to wait a long time for the Dimension 23 reissue to land. During that time I bought a couple of old drum machines and grooveboxes so I was making a lot of music and just having fun with no plan for it. Some friends asked me to do guest mixes so I thought I’d put them out as Spray while I wait for the reissue to land. It wasn’t really planned to be a project that I would release productions and DJ under but here we are haha. The sounds that inspired the project are sounds that I’ve been listening to since I was really young, the first good sounding dance music I connected with when I was young was Sasha & Digweed, prog and trance has always consistently been a big love for me down through the years. It’s really nice to see it being appreciated again. 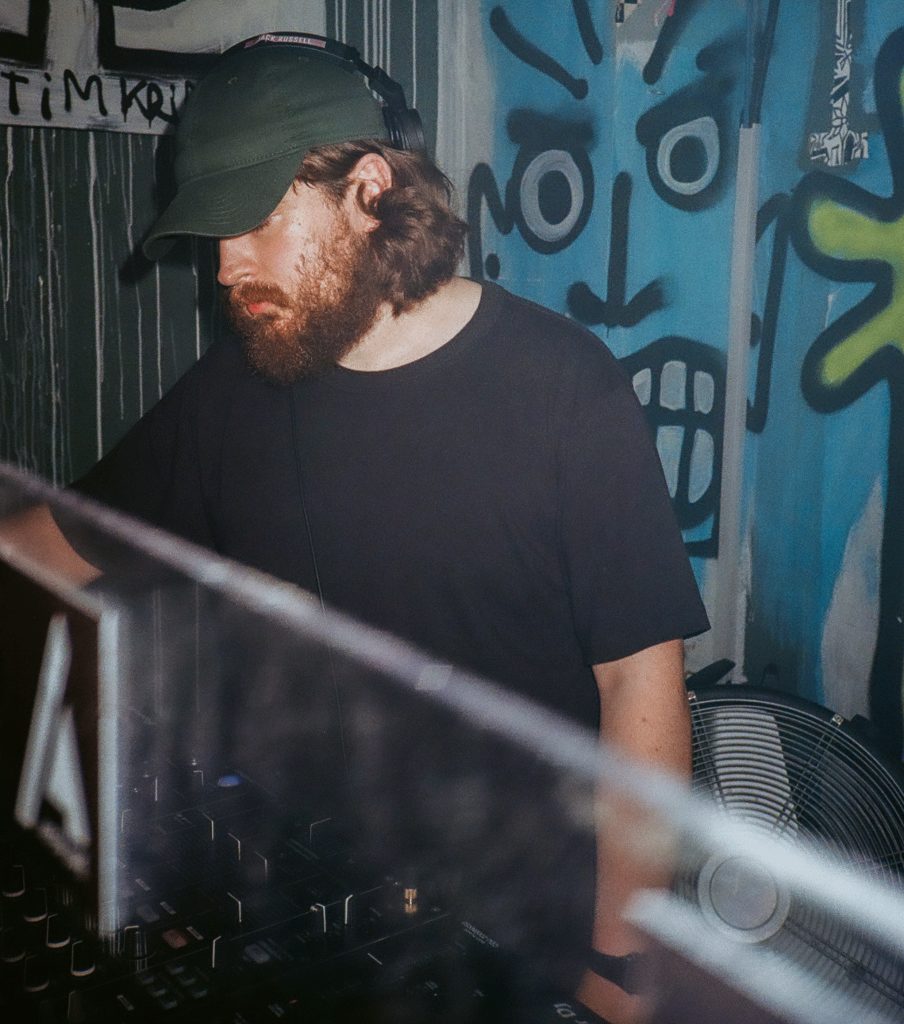 You just released your debut EP as Spray on the excellent Craigie Knowes label.. tell us a bit about the process of putting this record together and how it ended up on CK?

I had all this music from lockdown with no real plan for it. It was music that had been inspired by the new equipment that I got as well as all the music I had lined up for the label but I had so much music lined up that it would be quite a while before I could put it out on the label so I showed it to Max from Craigie Knowes, who I’ve known for a long time. We got to know each other years ago when Max was running another label before Craigie Knowes. He was really into the tracks and took them off me straight away. It was such a pleasure to work with them.

The initial vision was all reissues but Drua kinda messed that up haha but I’m really happy with the updated vision which has ended up at a pattern of alternating between reissues and debuts which is a lovely juxtaposition, lets see how long that lasts haha.

I’ve known Brian (Drua) for years now through Kean Kavanagh, Kojaque and Ellen Kirk, all amazing artists from Ireland. I knew Drua as the bass player for Kean’s band and had no idea that he made electronic music. I’ll never forget listening to Leisureplex for the first time – I was in New York getting music ready for the Lot Radio and remembered Brian had sent me a track of his. I had it on repeat all day and asked him straight away if I could have it for my ‘reissue label’ haha. We started getting more tracks together for the EP and I think “LARP” was the 3rd track he sent me – another day of listening to his track on repeat. He’s such a wicked producer and we had so much fun putting the record together. I’m such a huge fan of Mor Elian’s productions and was so happy she was on board to do the remix. She put such a sick twisted spin on the original. I’m so happy with how the record turned out and really grateful to Drua for trusting me with his debut.

What can you tell us about this mix you’ve put together for us? How did you approach it, what kind of energy can we expect and are there any special tracks in there you would like to mention?

I had lots of fun putting the mix together, expect energetic emotive club music haha. I don’t really have an approach to mixes. They’re always just a reflection of what I’m playing at the moment. I’d like to mention the forthcoming tracks from Eoin DJ. He is such a wicked producer and is making some of my fav tracks at the moment.

What else might you’ve in the works for Spray in the not too distant future? Any collaborations, releases or gigs we need to be on the lookout for?

Next up on the label I’ve got a really exciting breakbeat reissue from 1994 which I’m thrilled to be reissuing. After that it’s another debut from a sick producer from Amsterdam. More info on those soon. Right now I’m having fun writing new music and doing some remixes for friends but I have an EP coming out in a couple of months on one of my favvv labels. Canny wait.