We’re rounding off the year with a live recording from London-based selector Vass.

Tipped to us by previous mix contributor, Unai Trotti, Vass shows us exactly why he is a regular feature and close affiliate at accomplished London-based parties such as Cartulis and Art Of Dark. Originally from Transylvania, the passionate digger has carved out a unique take on sophisticated and trance-inducing late night club music, with a rare talent for threading together bold and intoxicating underground records bursting with his unique charm.

Recorded at one of his gigs this summer at Bánkitó, a beautiful lakeside festival in Hungary, he takes us on a tour de force of his impeccable record bag, covering heady dance floor trips, acid-tinged goodies and spaced-out wobblers. We also caught up to hear the latest.

Welcome Vass, good to have you with us today! It looks like you’ve been playing at a few cool events in South Korea, Italy, Austria, and the UK recently.. how did that all go down, any stand-out/memorable moments?

Hello everybody, first of all thank you for having me! It would be difficult to mention one stand-out moment. The venue and the party in Seoul is absolutely one of them. Very impressive, I would like to mention the Klipschorn high end vintage sound system in six points: it was something I have never seen before. At some moments I was jealous of the crowd, I wanted to be in there and listen surrounded by those speakers! I would also mention the party in Vienna where I played b2b with Sohrab. We had a very good time, the promoter was top, looked after us like no tomorrow and also the club, SASS, a small intimate venue with a very good sound system was great. Hats off to all the ravers for the sweet vibe. I always love playing with Sohrab, but all of this made it even more special. A mention goes to Italy as well, the party in Cuneo for Club Vision was super super sweet!

Your recording, that we’ve the pleasure of sharing with everybody today, got recommended to us by previous mix contributor Unai Trotti. Can you tell us a little about your connection to Unai and the Cartulis crew?

The story started way back in 2014 or 2015, simply with me, a music enthusiast, just going to their parties. Nowadays I count on Unai as one of my closest friends not only in music, but on a personal level too. I could say this about the whole Cartulis team, they are family. I’d like to invite anyone who has never experienced Cartulis Fold + Starlane combo, to check it out, as is one of the most special parties around. The vibe is outstanding, created by ravers that come from all around Europe but also London regulars alike. Some more news/updates on this Cartulis matter will come in January.

The mix itself is a recording of a set you played this summer at Bánkitó festival in Hungary. Can you tell us something about that day, the energy of the crowd and the set itself?

The festival is about an hour drive outside Budapest, by a lakeside. It includes all musical genres, not only electronic. The stage I played was right in the forest, held around 400 people, if I’m not wrong. The set was peak time during the night. I took on after a live set that was quite pumping and colourful, so I chose to start with a less busy and more hypnotic approach, paving the way into my usual styles. The vibe was sweet, top mention to the promoter and to the Mogul sound system, a Hungarian built unit, and of very good quality. The trippy light-show on the trees also added to the atmosphere.

We saw you recently released your first production work as part of “Digitones v2 Ukraine Relief”. How is the production work coming along, any new music we need to be on the lookout for?

I enjoy production as much as DJ-ing. I got into it way after I started playing records, but it is a territory to which I’m paying more and more attention. I still have a day job and I’m gigging every weekend, which makes it difficult to find the time for it, but I won’t complain. The plan is to manage to find more studio time next year and more output will certainly follow. 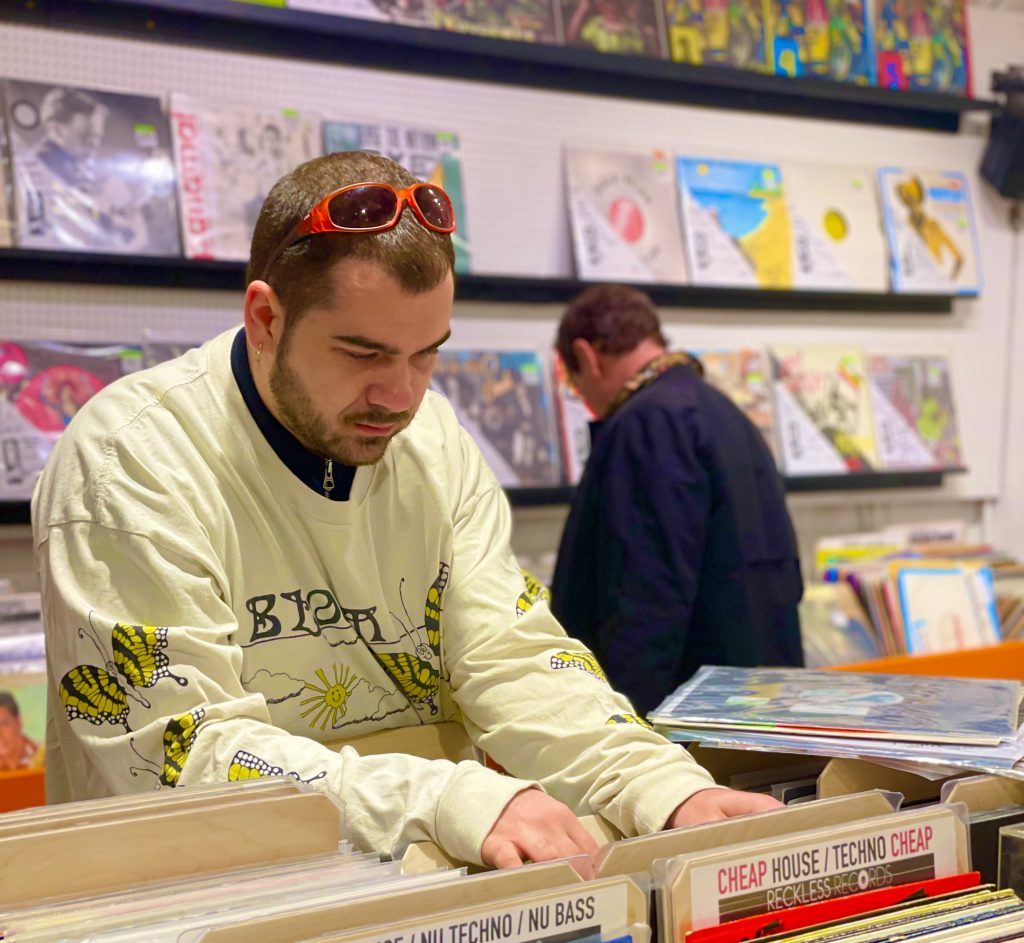 I’ve been working on the launch of my label, which I am aiming to do during the first half of next year. Just finalising first releases, artwork is ready!