We’re putting it out there, few artists get our pistons pumping quite like Fantastic Man. With arguably some of the finest productions in today’s left-of-centre dance music making up his personal canvas, the Melbourne native has become a powerhouse of the global circuit over recent years. His music, at times is an instant portal to internal tranquility, other times a rowdy ride to strobe-filled basement moments, always carefully laced with his trademark ethereal and progressive footprint, and landing on the likes of Kalahari Oyster Cult, Love Of The Rocks and Superconscious Records, the record label he spearheads alongside good mate FIO.

Fresh from delivering the inaugural release for Love International x Test Pressing’s new imprint, as well as releasing his debut long player and a collaborative EP with Roza Terenzi, we caught up to get the latest and he’s graced us with a flawless two-hour mix of atmospheric bliss, introspective grooves and punchy steppers.

Good to have you on, Mic. How’s things over in Brazil? You mentioned that you’ve been living there for the past few months. What brought you there and what have you been up to in recent times?

Thanks, I’m well all things considered. And yes, I’ve spent the past few months in Rio. Trying to keep busy with music making and various other things. Plotting my next move as always, but with greater difficulty this time around.

You recently had the honour of kicking things off for Love International x Test Pressing’s new joint imprint. Tell us a bit about your personal connection to both institutions, especially having played Love International in Croatia on multiple occasions. And how has the creative process been for developing the music for “Cloud Management”?

I first went to Love International back in 2013 when it was still called Garden Festival and have had the pleasure to be back every other year. Other than it being an awesome time for beach, music, food and party shenanigans, it’s also a kind of industry school camp. It’s such a relaxed vibe that most people stay for a while and let their hair down, so it’s a place where friends are made, and reputations shattered. Test Pressing is one of the better online mags out there with a stellar mix series. They’ve been involved with Love Int. via music curation over the years. When the guys invited me to do the first record I was honoured. Musically I wanted to keep the record somewhat light-hearted and representative of the vibes I’ve experiences at the festival. Clubby not clubby, a bit trippy and finally lay to rest my recent piano obsession. 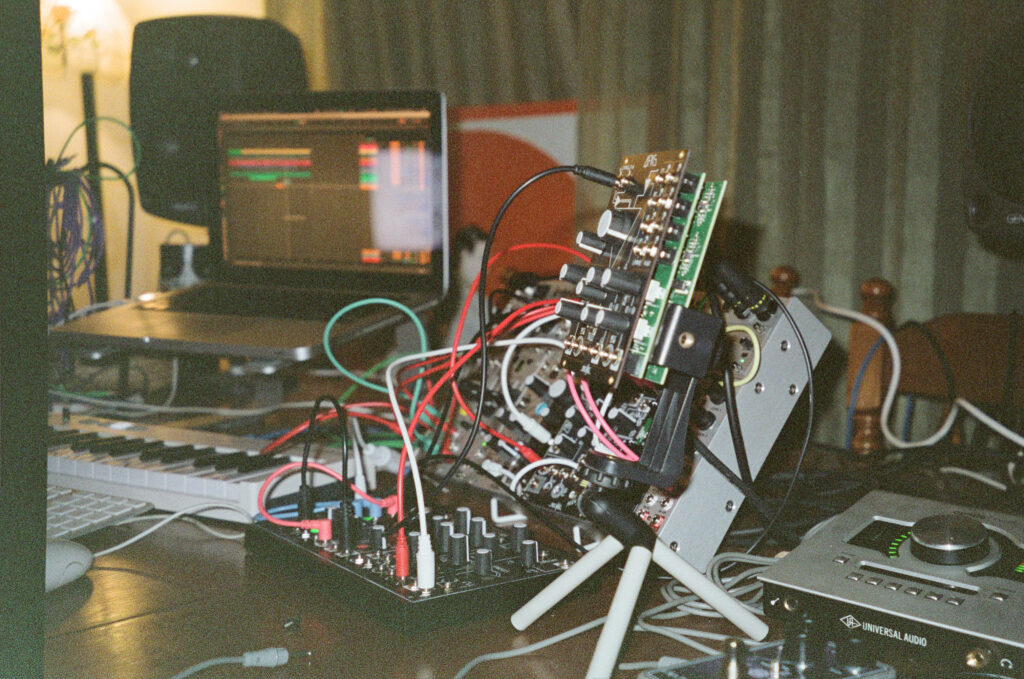 You invited Berlin-based graphic designer and art director Alexander Papoli-Barawati to create the project’s visual identity, designing both the cover and merch. Tell us about Alexander’s work and why you chose him for the project? And how has the process of working together been from the very first talks to the final result?

The idea for each release is that they team up with a different producer and visual artist. Alex had done the art for my last release on Kitjen along with some tour flyers. So, it was cool to continue the with a familiar aesthetic. Alex does the rounds in Berlin and has some absolutely sick work, that you should check out for yourselves.

Amongst the doom and gloom of 2020, one definite highlight for us, was the release of your “Utopioid” LP on Mule Musiq. With the additional space an album provides, we can imagine that you wanted to transmit a particular sonic footprint and feeling an EP doesn’t necessarily allow you to.. Being your first foray into the LP format as Fantastic Man, how did you approach the project and how did you develop the concept for it?

Utopioid had been in the works since 2019. And yeah, it’s nice to break out of the utilitarian club 12-inch format, although not by that much this time. There is definitely an added pressure to make a club track… err, function in a club, which is fun but also can be a real vibe drainer if it’s not happening naturally, so that was the first thing that went out the window. It also opened up space to add some ideas that could be seen as more subdued and experimental that wouldn’t necessarily sell 1000 copies on their own but would make sense as a package. And for every clubby track I make I probably make about three or four others so it was just a matter of focussing my energy on finishing those and compiling a collection of tracks that sequenced well and sounded in sync.

You also recently released your first EP on a label that you’ve spoken highly about in the past, Kalahari Oyster Cult.. What makes Colin’s record label one to watch for you personally, and give us some insight into how it came together and the collaboration with Roza Terenzi?

Katie and I worked on those tunes over a few sessions, first at my studio in Berlin and later at Katie’s in Melbourne, and yes, for our favourite non-Australian Australian record label. The process was fairly straight forward. I always find the results interesting when collaborating with someone new because – for better or worse – it never turns out how you imagine. I loved the result on this one and Kalahari was a pleasure to work with! 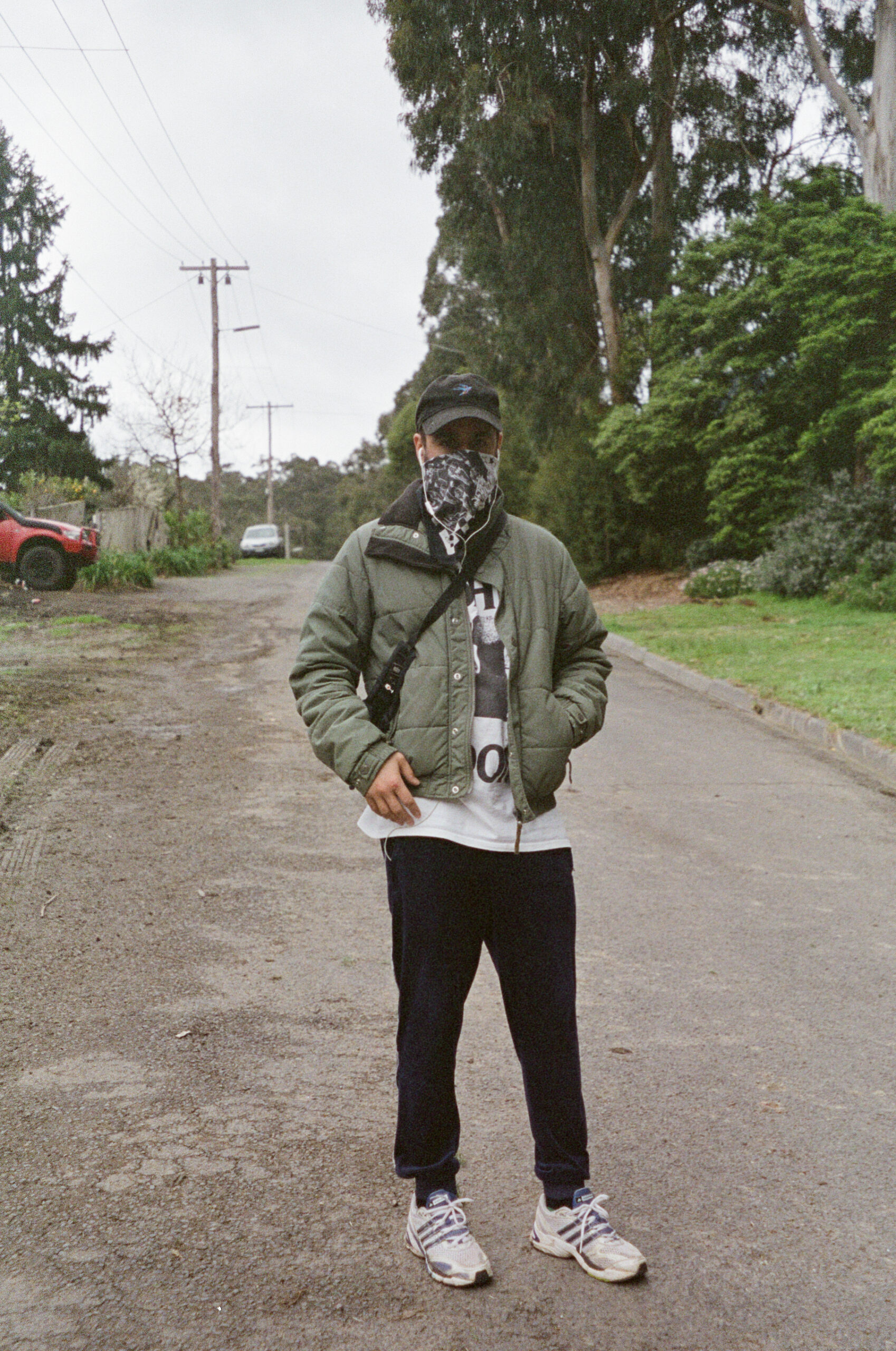 Your Superconscious Records is coming along nicely in trademark laidback fashion as well, with a beautiful recent outing by YUF-O – the new collaborative moniker of Yu Su and Superconscious co-founder FIO. Having been involved with the mixing and additional production of the EP, what can you tell us about the release? And what have you got planned for the label in the coming months?

Ha, yes, we are not impatient! With this particular record we had to develop the final stages of the tracks together because Griff and Yusu laid down the bare bones in just a couple of days back in LA the year before. During the beginning of the pandemic, I was in Australia and was staying out in the countryside not far from Melbourne where I had a makeshift studio, so Griff came over and spent a few days while we arranged and mixed the tracks together.

What kind of energy are you bringing us with this mix today? Any favourite and upcoming bits from you tucked away in there?

Since I haven’t played a DJ set in over a year, I approached this as a mix as a 2 hour radio slot rather than a club night. I think there is a little bit of everything in there that’s inspired me lately. 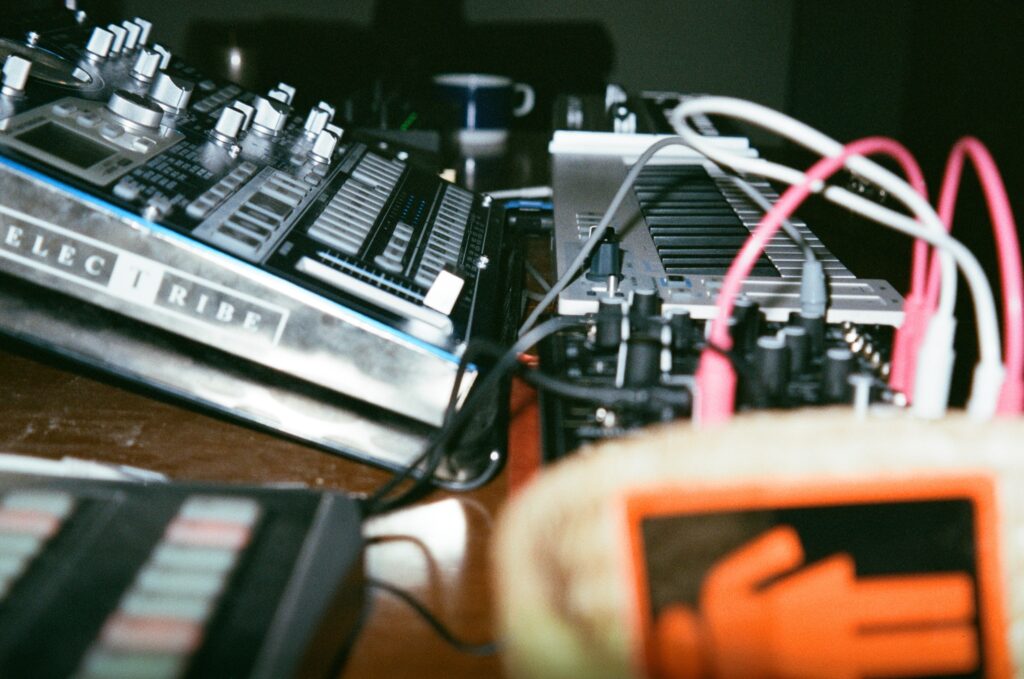 Finally, what else is on the horizon for this year? We saw you took on painting, how’s that coming along? Any digital exhibitions we need to check into any time soon?

No more panic paintings at this point. Maybe I can take it up more seriously when I retire, if we’re not already retired. And I hope to release much more music very soon, since I’ve been making it non-stop for the last year, it would seem to make sense. No concrete plans for anything right now, though, so watch this space!