Myles Mac guides us through a masterful 90 minutes of lush grooves, deep atmospherics and hazy moods.

We’re putting it out there, Myles Mac is a legend. As co-founder of the incredible Melbourne Deepcast, the mix series royalty has spent over a decade filling our living rooms with quality mixes by global powerhouses and, perhaps more important, introducing us to exciting new talent, as well as giving interesting insights in their latest adventures. Established in 2009, the Naarm-based platform has played a major role in the development of Australia’s underground scene, providing a stepping stone for upcoming locals and showcasing them to a wider audience.

Luck has it that Myles is also an exceptional DJ and selector, as his mix contribution today is perfect testament to. With restrictions just lifted in Melbourne, we caught up to hear about his summer plans and upcoming projects, among other things. And Myles, we salute you for your tireless work mate, keep them coming!

Hi Myles, good to have you here! How’s things over in Melbourne? You mentioned restrictions have finally been fully lifted for venues now, how’s that influenced the general feel of the city?

Hey Joe, thanks for having me! Everything in Melbourne is back open again at full capacity which is super refreshing after so many months of strict lockdowns and on-again-off-again business. These days you never really know what may be around the corner restriction wise so I get the sense that people are just trying to enjoy the moment and not take too much for granted as we know all too well it can all change pretty damn quickly. The longer days and warmer nights always tend to bring with them a more festive vibe around town as well.

You, of course, are the mastermind behind the exceptional Melbourne Deepcast – a mix series that has introduced us to new and exciting talent on numerous occasions, and provided us with countless hours of great mixes. Active since 2009, what does 12 years of running a mix series look like, how have you been able to keep things fresh for you personally, and what are some of the highlights?

Yeah haha that does sound like a long time, collectively we’ve gone through a whole range of different musical phases since back when it all started but I feel like the message has remained the same, and somehow the series has managed to stay interesting enough for people to still connect with it all these years later. I guess as well that when you do something consistently for long enough there’s a certain amount of trust built up with your listeners which definitely makes it easier to get the episodes out there into the world.

For me personally I think the key has just been to keep digging for new music and continue to connect with people, artists and scenes around the world that inspire me. I still get excited at the prospect of reaching out to an artist that I admire to see if they’re interested in contributing, and oftentimes that leads to building great long lasting friendships with like minded music heads which I think is the most rewarding part of it all. Down here in Aus we are pretty isolated geographically from a lot of the music world so to have an online platform that allows that kind of instant connection is something I’m super thankful for and will continue working on as long as people are still feeling it!

There’s way too many highlights to mention them all, but one recent highlight for me personally was managing somehow to get the legendary house don Ian Pooley to contribute to the series. His music has had a huge influence on me as a DJ over the years and his classic productions really do epitomise what I consider to be timeless deep house music! The mix he did for us taps into that kind of timeless essence as well using lots of his own edits of dreamy 90s classics. I think it will be one that people will keep coming back to for a long time to come. 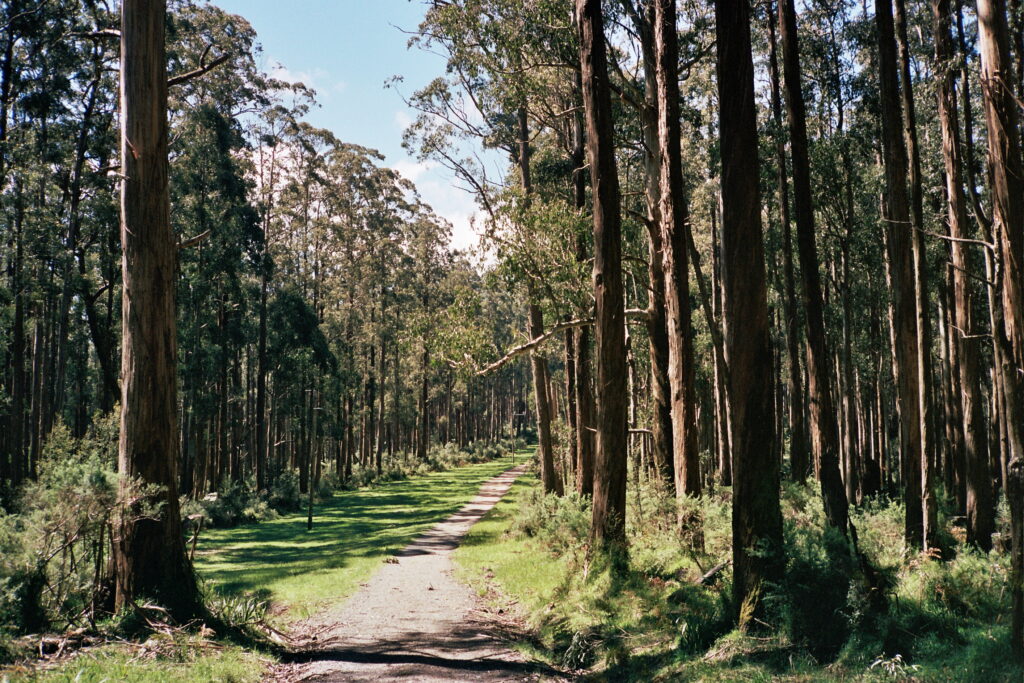 The mix series has played a significant role in introducing Australian talent to a wider audience, as well as hosting an endless array of well-established names. How do you approach the curation side of things and what are some of the mixes you keep coming back to, and why?

To be honest the curation has always just happened quite organically, I do try to keep things to a rough schedule but it’s not always possible for all kinds of reasons so you’ve really just got to stay patient and flexible and know that good things are usually worth the wait! Some artists don’t record that many mixes either so there’s always a consideration that a lot of time and energy has gone into making a mix special, and I can always hear and appreciate when someone has really put a lot of thought into their contribution.

We’re pretty lucky to have an abundance of seriously deep digging DJs in Aus, so it’s been pretty easy to maintain a healthy focus on locals while trying to showcase a range of different artists from abroad that I know will understand the vibe of the series, whether they’re already established or are just someone that I’m really into their sound at a particular time.

I find the mixes that I come back to the most are the ones that are a bit out of the ordinary, whether it be mixing different styles and tempos cohesively or just a mix that you might not have expected from a particular artist.. some that come to mind are Moomin’s sick 90s hip hop mix, DJ Earl Grey’s liquid d’n’b mix, The Pilotwings’ psybient mix, and some older ones that come to mind would be Terekke’s proto mix and of course Tama Sumo who was one of the first big name DJs that contributed early on, her mix has stood the test of time and still reminds me of seeing her play at Panorama Bar 10 years ago and feeling super inspired by her energy and serious knowledge and passion for house and techno music.

You mentioned that you’re running a small series of outdoor parties this summer alongside Best Effort Records. What can you tell us about that, and what else might you have coming up over the following months?

Yep we do have a little outdoor summer series in the works which will be announced very shortly! It’s been awesome to work with Nik from Best Effort and we’ve found an outdoor spot not too far from the city with a lush garden to chill out during the day and plenty of space to dance at night. There will be a big custom sound system, some great local beer and wines and some personal favourite guests from out of town that I think people will enjoy. It’s been a while since we’ve been able to throw parties like this so we’re going to try our best to make sure they’re memorable ones! I’m also looking forward to bringing Project 95 back to life for a few shows over summer with DJ Camov, he’s been living in Copenhagen for the past few years but is back for the holidays so it will be fun to reunite and vibe out to some classic house music again 😀 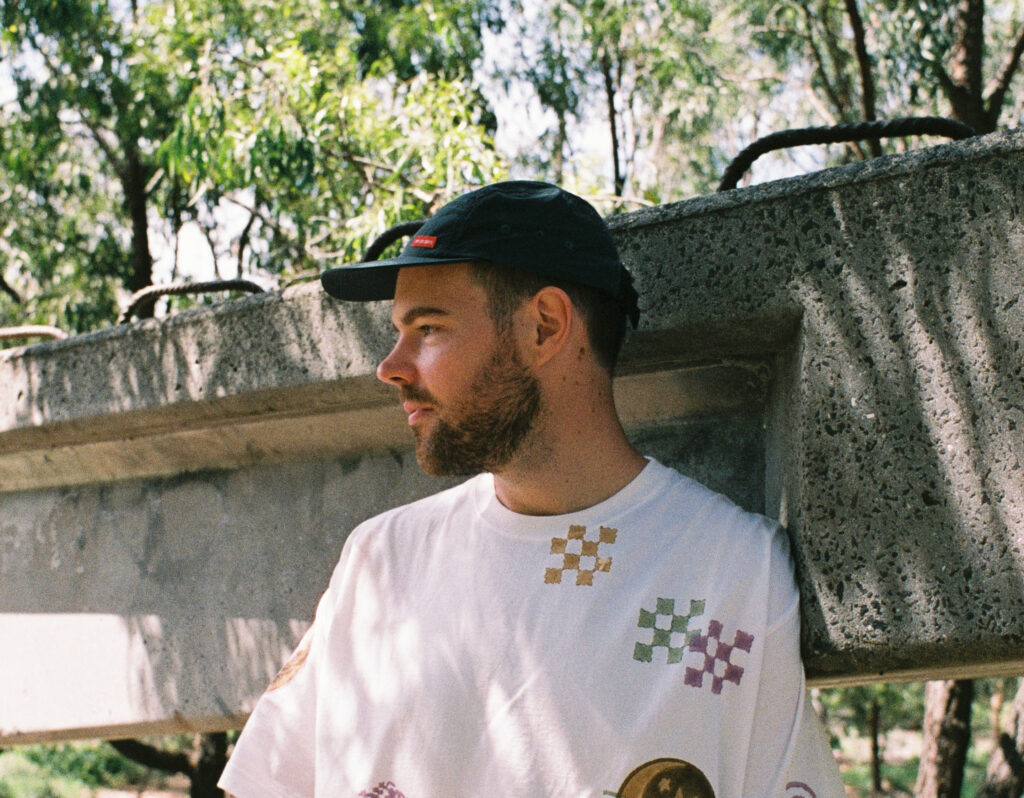 Finally, what can you tell us about the mix you’ve recorded for us?

As is often the case with me there’s a lot of classics and lesser known burners from the 90s and early 2000s, lots of deep atmospheres, groovy tech house and dubby goodness. I’ve been pretty obsessed with the back catalogues of both Jean F. Cochois aka The Timewriter and Terry Lee Brown Jr lately, their sound in that late 90s / early 00s period was incredible and they each have a ton of records under different aliases covering various deep moods so there’s a bunch of those in the mix, as well as some personal favourites from the likes of Deep System, Pure Science, Callisto and PLO Man.