European Carryall head of operations Telephones dives into his Aussie record bag for our next installment!

Norwegian-rooted, globally-approved. Telephones is one of those people who gets you to fifth (dance) gear without breaking a sweat. As the head honcho of European Carryall, the Berlin-based producer and disk jockey supreme has been amplifying his timeless take on ‘90s inspired house wobblers and spaced-out techno grooves for the better part of 20 years. Always leaving enough space for some free-spirited curveball action and mystical avenue exploration in the process, as witnessed on his radiant discography. We implore you to take a dig!

With Henning returning (somewhat prematurely) from his Aussie tour a couple weeks ago, we reached out and asked him to spill the beans about his recent trip on the other side of the hemisphere, the latest on his record label and other developments. Furthermore, he contributed a blissed-out party mix from records he played during recent Down Under experience. Good vibes all around!

Hey Henning, what’s been going on? All grounded in Berlin again after returning from your Aussie tour some weeks ago?

Yep, grounded like all of us! But finally back in the studio as well. I spent the first weeks quarantining back home waiting for my laptop and suitcase that I was unable to retrieve from my “base” in Melbourne. I was in New Zealand briefly playing Beacon Festival and suddenly there were new Australian quarantine-rules on all arrivals back, so I couldn´t go back and had to get new flights home from NZ without my stuff and computer.

Tell us about your recent experience on the other side of the hemisphere. Between playing Melbourne´s Pitch Music & Arts festival, doing an all-nighter with Francis Inferno Orchestra and cruising across country, what have been some of the highlights?

Pitch Music & Arts was definitely a highlight. Most enjoyable and fun festival-gig in ages! Full on party vibes and openminded people, and a very cool stage looking like something out of that Waterworld-movie. Playing together with Griff (FIO) is always fun. We’ve played together many times now and in many ways we’re quite different, but that´s cool and keeps you on edge, working extra hard to “meet” in the middle, and then unpredictable things happen. Which is always interesting. It also was a big highlight to finally see and play New Zealand! Hanging with my old local friend Skatebård on the other side of the planet was ace too. And all the lovely people, friends and good vibes everywhere.. I truly love it there down under.. it’s one of my favourite places to play. And I must say especially the BBQs, kindness and mellowness that always awaits at “Café Del Moore” has a very special place in my heart (thanks again Tom and Lisa!). 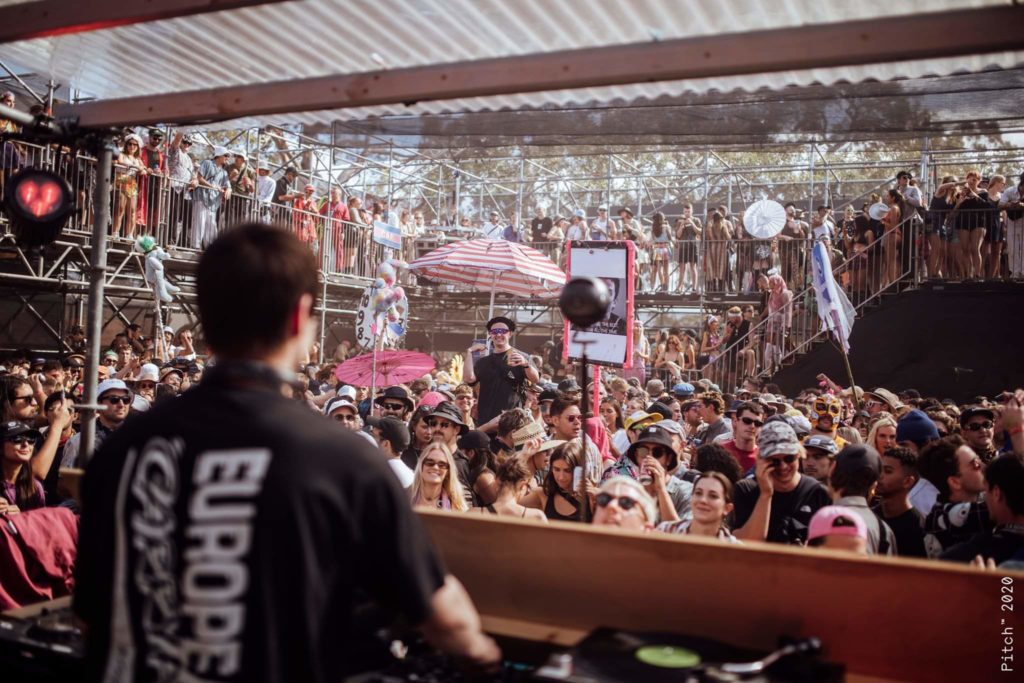 After releasing a big chunk of your work on labels like Running Back, Love On The Rocks and Klasse Wrecks, you launched your own European Carryall imprint last year. What´s the ethos powering the label? And being reserved as an outlet for your own material thus far, do you have plans for inviting some like-minded individuals further down the road?

The ethos behind the label is simply to release free-spirit music that breathes and lives. Music with a nerve, soul and edge, unified by a certain sound, approach across genres and vibe that I myself can´t even pinpoint except feeling if it´s there or not.. music that isn´t just a quickly made “tool”, trendy thing or a very expensive business-card for staying relevant to score DJ-gigs. I want to release records where the music deserves the material, weight and effort that goes into vinyl production and distribution. Records that carry their own weight, to put it in a blunt and cliché like way.

So far it´s only been my own material yes, but other friends and artists will also appear as we progress. I do wish still to be involved with the finalizing and production though. The current notion today that everyone has to be a jack of all trades; a creative artist, skilled composer/musician, technically brilliant or forward-thinking producer, as well as their own (or pay others) online PR-machinery.. it´s a lot to ask for. As if the entire music-world or industry was compressed and put on the shoulders of one person that just wishes to simply to express him or herself through music. For some that works well, and for others not. I think we are potentially missing a lot of great music if we are demanding all this in one.

In my opinion a huge chunk of the coolest and most interesting music throughout history was made by originally non-musicians and weirdos.. People outside the box with no idea what they were really doing. But if there hadn´t also been producers, DJs, labels, radio-hosts or others there to help them manifest and concretize their ideas, I think much of this would have never came out. Therefore it´s not only a control-freak thing, although I don´t deny that aspect either, but this is why I want to keep my finger in the process, also with other artists and collaborations.

I have a concrete idea of how I would like the label to sound and feel. Like in the 80s/90s many club-music labels would release a bunch of different artists and projects, but they still had their own in-house producers or executive producers doing the final touches or production, thus giving some of these labels a very distinctive and characteristic sound, which is something I think is really cool.

With the next European Carryall EP in the pipeline and coming up in a month or so, what can we expect to find on there? And tell us about how the record came together.

It´s a slower project that I´m really excited about, called “Point Breaks / Beach Breaks”, the first record on the label that is not house- or techno-oriented. It´s a 5-track EP somewhat nostalgically inspired by balearic, old-school hip-hop, breaks and cosmic. The material has been simmering and marinating for about two years, before I finally decided to finish it all through some kaleidoscopic imaginary mutation of Pal Joey, Sade, Ace Of Base, Bone Thugs n Harmony, N.W.A. and Baldelli.. My friend Chmmr said it sounded exactly like today-Henning, just minus 20 BPM, plus skateboard-mushroom-hairdue and baggy Droors pants haha! On point. 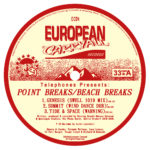 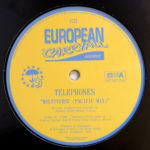 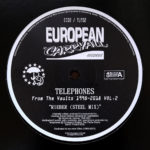 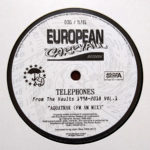 With all that´s unfolding around the current Covid situation, there´s been a lot of discussing going around about the sustainability of our scene. I´m curious to what your thoughts are on the matter.. And what will be your points of focus in the coming weeks?

Regarding the scene itself, like anything, I think it will evolve and change, hopefully in a positive direction. Perhaps the more-or-less identical and omnipresent lineups that we´ve gotten used to see on most festivals everywhere the recent years can evolve and expand. Maybe there will be a stronger local focus in the different cities, clubs and festivals around, thus providing a wider range of diversity. I think that could be a good thing. I feel that in the last years things have become more and more streamlined, based very much on hype and online-influence. Maybe this can push things back towards more diversity and “alternative” culture it originally was, and not the pop-culture it sometimes increasingly resembles.

When it comes to environmental sustainability, even with CO2-offsetting travels or contributing in other ways, flying around the globe is never great for the planet. I´m just as lost and guilty as anyone here. Our culture and scene is based around togetherness, sharing actual physical and sonic experiences, together, and I don´t think a hologram or online stream can replace the important intimate connection of interacting through dance and music together. A possible return to more local residencies as a result of the ongoing situation, perhaps can be good. Or at least we can try to be more logistically smart, not flying to the other side of the world for one gig, but rather playing 2-3 local or domestic ones where you can take a train instead, or concentrating tours more. I don´t know. We need to be smarter. And teleportation definitely wouldn´t hurt either. Where´s that teleportation crowd-funding campaign??

My focus forward is to utilize this limbo-time as best I can in the studio, being productive, creative and proactive. It´s rare to have weeks on without any gigs to interrupt the creative studio-flow, so I´m trying hard to use this time well, be positive and see possibilities and not obstacles. 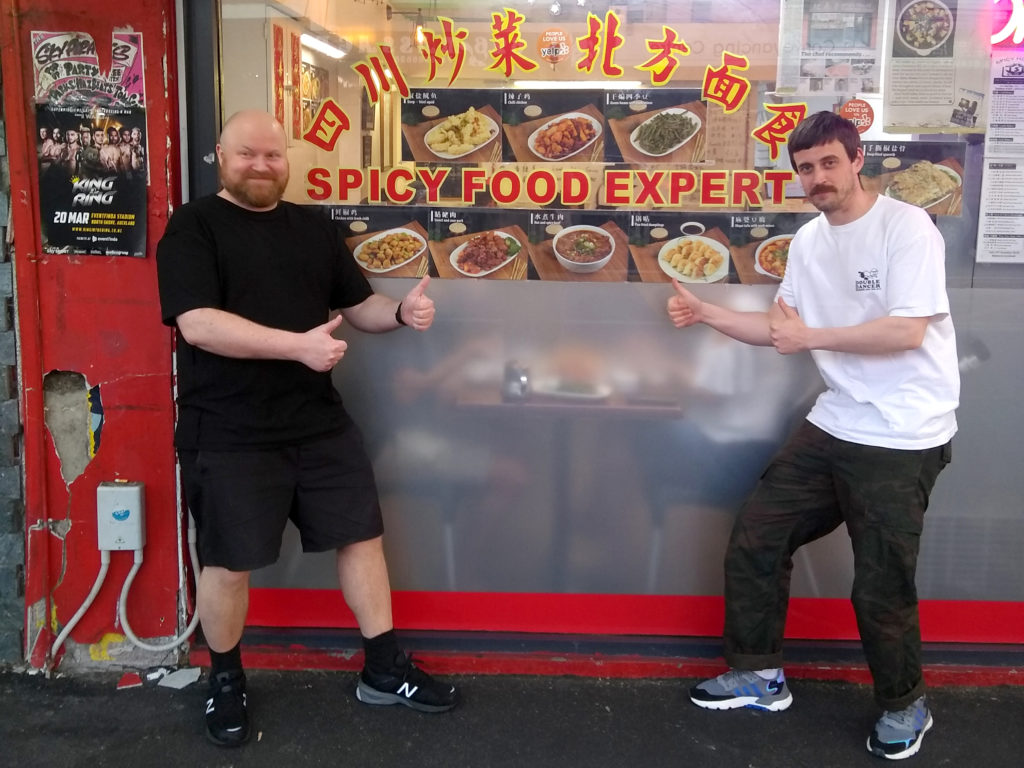 What can you tell us about the mix you´ve recorded for us. Any specific vibe channeled, special bits in there you´d like to mention etc?

It´s a straight up special Australia party-mix! A snapshot of what I played over there. Not one particular set, but it has many of the most played and favourite records from that tour-bag. It´s got a lot of the main bits I played at Pitch Music & Arts, so for everybody that has asked (thanks, really appreciate that!) if that set was recorded – this is kiiiiiind of a rewind.. to be played loud haha. I also wanna give a big shoutout to Sameheads Berlin for burrowing me a CDJ so I could include my “secret” USB bag of tricks, edits and private things, like the second last track here.

What else is coming up?

I did a track for the charity label Needs (Not For Profit) which just came out, it’s an environment-fundraiser for Cool Earth UK and Earth Day 2020. Needless to say, it´s even more full of animal- and nature-sounds than my usual productions hehe! So please do check that out and support a good cause too. Now I´m focusing on studio time and trying to finish the next-next European Carryall record.. an uptempo and vaults-inspired collabo with a fellow Norwegian buddy based on his material from around the time we first met, but didn´t really know each other in 2001-2002. Very excited for that one!

I also have a track coming out on one of Prins Thomas´ Full Pupp 15 years anniversary EPs soon. Except for that I´m doing quite a bit of mixtapes, putting all the label-releases digitally available on Bandcamp for some extra income, doing some more label-merchandise and collabos, and I also contributed a written short story-piece to Klasse Wrecks´ new fanzine “QUARANZINE“. The main big thing for me now though is the release of EC04 in the end of May. All in all – well, just trying to keep busy and positive in these undeniably f*ked up weird times. Peace out!