This fine Aussie gentleman is one of the visionaries behind Multi Culti, alongside his good mate Thomas Von Party. A record label that has developed into an international melting pot for likeminded spirits with a signature sound so unique you can recognise it a mile away. Same can be said of Gus’s own studio endeavours. Whether it be his solo work as Dreems, or his joint Die Orangen venture with Kris Baha, the approach is explorative and powerful, freeing bodies and expanding minds in the process.

Given the fact that we could use some amplification of the mind ourselves, we asked Dreems to serve us the goods for the third instalment in our podcast series. Furthermore, we connected with the sonic globetrotter to see what he has cooking these days (it turns out to be banana bread) and how he’s digesting the current situation, among other things.

Hey Angus, what’s been happening? You said you headed up North last week.. Where do we catch you today and how have these past few weeks been for you?

“Up North” for me is in Scotland. My Mum is from the Highlands, so I head there quite often for family-time, serenity, and plenty of cold-air up my kilt. Just before the lock-ins launched into action in the UK we (the royal “we” aka me and the missus) packed an overnight bag and hit the road. 4 weeks later, and we are still here, feeling very fortunate to be out of the firing line. We’ve had more fresh air than an arctic goose and the beauty of watching Spring come to life day by day is stunning. I’ve been learning so much, turning my hand to tasks that require a longer view, and a patient mind. I’ve been building a pathway through some woods, which has kept me busy.

You recently mentioned that you’ve been taking some time off the touring circuit after your last Aussie adventure. Something that was already in the works before the whole Covid situation.. How was that hometurf tour and what made you decide to hang up the DJ gloves for a while? And tell us a bit about that transition.. how has that period been so far?

The home turf was fecking fantastic. It’s a very special feeling coming home and playing, and I’m always welcomed with so much warmth and positivity. Events like Hopkins Creek are paving the way with a new feeling, one that captures the true essence of the land as well as the people.

The transition into the ‘stay-at-home’ life-style has been great. There has been a few challenges that I have been met with – one of those is that I realised I was largely now ‘unemployed’.  I had just started as a baker’s apprentice a couple of weeks before the lock-downs, which is another strange twist of ironically fuelled fate as it seems everyone is now a baker – as there was a time when everyone was a DJ… 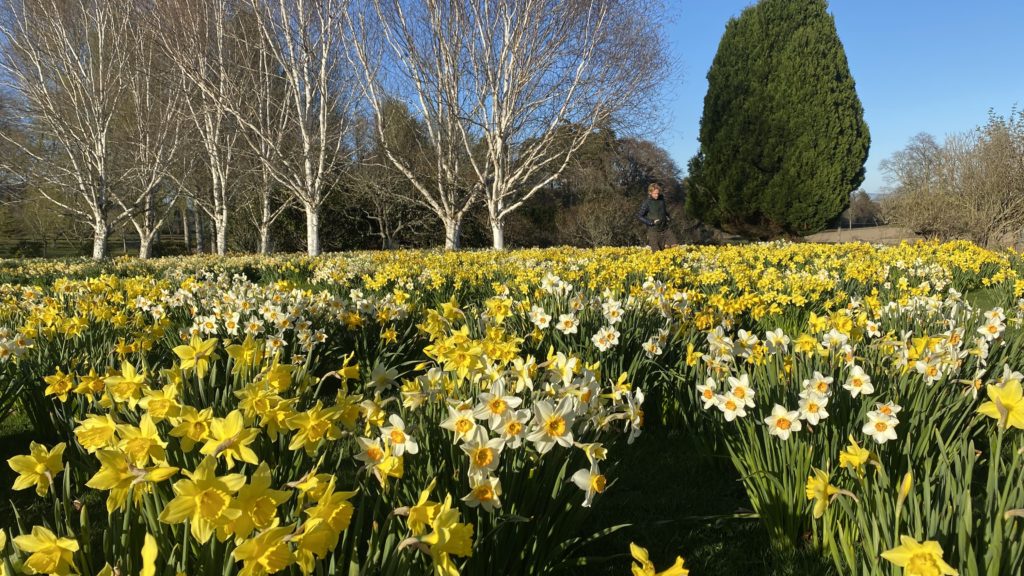 I know you have a new release coming soon via Multi Culti, titled ‘In Deep Waters’. After recently dropping your second long player, which mostly glides through blissful ambient dimensions and bounces off intriguing atmospheres, how did you approach this new record and what can we expect to find here?

In Deep Waters is off-cuts, b-sides, remixes, and versions of tracks that didn’t make the ‘Diamond Bay’ album. I felt they were great pieces of music that didn’t deserve the digital-dumpster. One piece of outstanding music in there is the remix that ‘Angophora’ put together – a blissful cover version – some time ago. The process of actually putting it all together this time was really interesting as I did the artwork – a remix of the album artwork – and the tracks are self-mastered, so it’s an incubated thing that is as much an experiment in dependency as well as diplomacy.

How are things going at the Multi Culti camp? Next to your own release, I saw you recently dropped a new EP by Nicola Cruz.. What do you guys have coming up, and is the current situation impacting your release schedule in any way? I know that a couple labels are postponing their stuff for a while..

We have lots of music lined up from our inner-circle, Zongamain, Mytron+Ofofo, Manfredas and our own bits and pieces very nearly ready to roll out. We have never really thought that the music we put out fits any certain space, time or environment so the fact that we are largely relegated to our homes doesn’t impact our feelings about getting the releases out there. The other contributing factor, is that we are pretty shit with our scheduling, so to say this has created backwash would be us sounding like we knew what’s coming next. The label has, and probably will always be, pretty loose and run on VIBE.

Funny enough Sascha dropped your name as the one who initiated the collab between him and Niklas when we recently interviewed him.. “Dreems came up with the idea of bringing Niklas and I together in the studio. We had never met before, it was like a blind date.”  What’s the story there?

I had met Niklas through my man Kris Baha. His charm, charisma, intelligence and humour was instantly attractive. When you meet someone who you have a good vibe from you scheme of ways (knowingly or not) to spend more time with them. Already working with Sascha was a pleasure, he is one of those original gangsta types in the electronic scene that has a serene coolness to his approach and the confidence to push new sounds. I created a mash-up of them in my mind – My 2 favourite Germans – a potent infusion of culture, history, knowledge, experience, pizzazz, and gute stimmung.

Tell us about the mix you’ve recorded for us.. what have you been cooking up? Any specific vibes channeled, special bits in there, etc.?

It’s one for the home, natürlich, with lots of bits I’ve had on repeat whilst mastering my haggis recipe. Would you believe me if I told you the sun has even been out up here as well ? Hence the healthy serving of tropical vibes… There some new Dreems bits: a remix of Mytron & Ofofo, a remix of Umeko Ando, and the aforementioned Angophora remix. A new Die Orangen track with Eva Geist coming out in a few weeks… And it finishes off with one of the great lost pop-gems of our time from Mickey Moonlight. I implore you to listen to the vocals carefully and postulate on our time here on earth together. 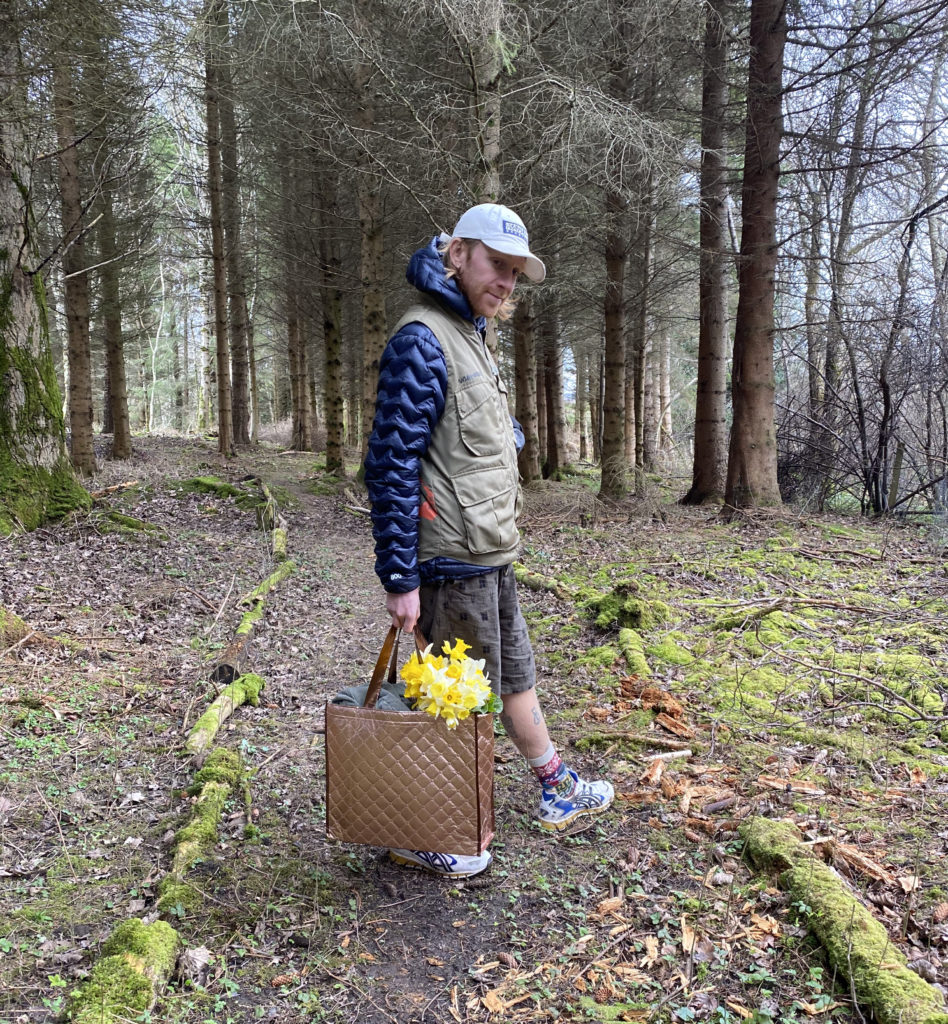 It’s hard to think of anything else to share that people haven’t already chewed up and spat out on the internet of late. I wish I had some sound advice that resonated deeply with all, but I can’t imagine there is one quote that can wrap it up. The classic maxim ‘Shit Happens’ comes to mind, but that is neither helpful nor humorous at this time – so I might settle for the more serene ‘There is light at the end of the tunnel’ ….