Letting his superb selections and finely honed skills behind the decks do the talking for him, Unai Trotti emerged as one of our favourite DJs and curators in dance music in recent years. As the driving force behind Cartulis, he’s become one of London’s most important tastemakers, throwing warehouse parties in different locations across the East London area since 2009, with the aim of bringing back the lost underground spirit in the techno, house and minimal scene. Since then, Cartulis has risen to international recognition, with events across the globe and the growth of their record label.

With the release launch of two new Cartulis sub-labels, we caught up with Unai to get the lowdown on his recent projects, playing in front of a crowd again and things to come, and he’s been so kind as to share with us, the recording of a set he played at Mutabor in Moscow.

Unai, great to have you with us… where do we find you today?

Thanks to you guys! I’m in Madrid at the moment. I came here to the countryside where my parents live, to work in the studio and take a break from the big city.

And how’s your Summer been… It looks like you’ve been playing at a few cool events from Spain, Ukraine, France, and numerous UK events, any stand-out/memorable moments?

Summer is being good so far. Some good gigs happened, was a bit difficult to come back to play after such a long break. I was a bit out of form but in the end is like riding a bike, if you don’t ride it for while at some point you think you don’t know how to do it. But when you start again you realize that is within you. You just have to trust. All the gigs were memorable. Nostromo Festival in July was quite special, played with Raphael Carrau for 5 hours in the morning, we got a really good flow and we enjoyed it so much. That morning I felt like everything would be ok, and life was back to normal. Also, in September’s edition was really good, lots of friends played there and I got really inspired.

But I have to say the highlight was Cartulis Day at fold the last 25th of September, was the reset point for me, Cartulis is my house, my biggest project where I can truly and freely express myself. We had a 12-hour event, I played from 9 am till midday. Fold at that time is a really special place, the lights coming thru the windows, you can see the haze is always a bit of fog… sound system is next level, you can play anything you want it will sound perfect.

We’d love to hear a bit about your path…. We know you’re originally from Bilbao but have been in London since 2008 and of course, become a distinguished figure in the scene. For upcoming artists, we think it’s always interested to get an insight into how you made that big step, made a name for yourself as a DJ, and became a community builder via your events? Plus did we also hear you run a bakery by day?

Yes I’m from Bilbao, my mother decided to give birth there’s she wanted me to be Basque, then I grew up in Madrid and I’ve been living in London for the last 13 years. I don’t thing there’s really a formula, it’s just years of working and more importantly enjoy what you’re doing. When we started Cartulis it was purely just to play records, after years that evolves into something more complex, we want to give a music experience to the people and the artists that are playing. Cartulis is also now a label with two sub-labels that is actually what motivates me the most. As a person and artist, you always evolve and I always say the same, we are working for music, that’s the main thing, stick real to yourself, don’t copy, instead, get inspired, look for your sound, research, and the most important create. 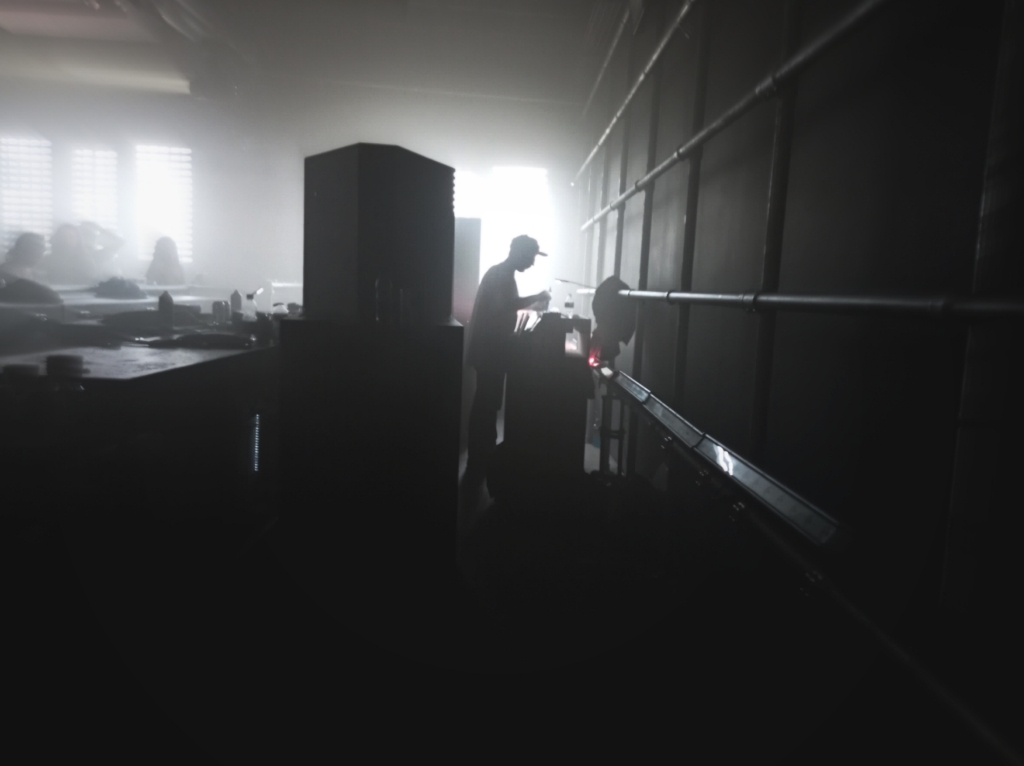 Also, another thing that maybe is good to mention that I think actually is the biggest problem of arts, in general, is that “artists” are selling themself as a figure, via Instagram, Facebook, and different social media, for me is no real content on that, music content… we have become really lazy, we don’t take time to listen and understand what an artist wants to express. We consume videos of 1 min of DJs playing in front of a crowd. . And from that, we think he is a good DJ.

In addition, on the events side, it would be great to hear a bit more about your Cartulis events, we understand the first such event you held was all the way back in 2009. Can you tell us a bit about the ethos and how the events have evolved over the years? And what do you have coming up in the new future?

Yes, our first event was in 2009, we evolve really naturally, step by step, party after party, and of course, afterparties where we experimented more. We just aim to enjoy music, listen and dance. I would say that what evolved the most is our sound, we are more mature. We have our 12th anniversary on the 27th of November with Zip, Radioactive Man (live), and Cartulis residents Z@p, Raphael Carrau, Junki Inoue and myself. We also looking into next year at the moment.

Cartulis is of course also a successful label, does this reflect the same musical ethos and vibe as the events? Furthermore, congrats on just launching your new sub-labels ‘ALT Records’ and DEL Records’, what was the thinking behind this? And what do you have coming up on both for the remainder of 2021?

Yes we just started 2 sub-labels, here is the description of the concept behind:

“We find ourselves in a moment where probably the thing we need the most is to stop, reflect, and above everything restart.

When we were younger (way before sophisticated technology as we know it today), many might remember that moment whenever the pc could not cope anymore, it would overheat and then the screen would just freeze along with all the unsaved work being done at the moment. In those cases, the only option was to hit CTRL ALT DEL.

After some time and thought (not as long as the one we are going through now of course) the PC would force shut down and revert back to its original welcome screen. The work done before the freeze would of course be lost forever, but the time out usually offered some new perspectives and opportunities.

Having this in mind we have arrived at a concept focused on a wider canvas, Here we introduce you to our full label roster.

Cartulis – CRTL. The first and mother of all projects. Cartulis first began as a party in London in 2009. After 11 years of experience and influence in the European and global electronic music scene, the Cartulis Music label (CRTL) was born. The label has been running in tandem with the party ever since, with a focused curation of solo EPs and albums stamped on wax at first and more recently on digital as well, staying true to the party’s style of DJing – old school.

ALT Records. ALT will be a sub-label to the Cartulis Music imprint. ALT aka “alternative” underground tunes for a quality dancefloor experience. Releasing exclusively club-oriented material, with faster rhythms and for an alternative dancefloor feeling. ALT releases will mainly be made up of split EPs, compilations and VA’s, as proper tools for the DJ/selector.

DEL Records. The second sub-label allows us to truly broaden our playground beyond Room 1 and towards the “chill out stage”. We’ll indulge in IDM, Downtempo, Trip-Hop, Ambient, Future Jazz and Experimental Electronica. The label will also be used as an opportunity and platform for any of our featured producers to explore different moods and inspirations.”

Finally what kind of energy are you bringing us with this mix today? Any favorite bits in there or things soon to be released?

This set was recorded in March of 2020 at Mutabor Moscow, was the last gig I had before Covid, which makes it really special, is the last one before this big reset, the end of a different era. At that time I was on my best moment as a DJ, playing every weekend, I knew my records really well and that night the flow was great. I really like the whole set, it brings really good memories, some of the records in there are very special, so many favorite ones.