Mano Le Tough kicks off our new monthly residency on Echobox Radio with a mind soothing selection of downtempo favourites.

Where the phrase “powerhouse” is often misused for adding some extra sparkle to boring PR texts, we’re quite comfortable with linking it to Niall Mannion, aka Mano Le Tough. Mano has spent the better part of 15 years pushing innovative music into the atmosphere via the likes of Permanent Vacation, Pampa Records and his own Maeve, as well as maintaining a rather busy touring schedule that has seen him become a regular feature at seminal events at Berghain, Dekmantel and The Block. Having kept tabs on him since the release of his ‘In My Arms’ EP on Internasjonal over a decade ago, we  were naturally excited to hear he had a third album on the way.

With his album now released via DJ Koze’s Pampa Records, and us starting our new monthly show on Echobox Radio, which puts the focus on laid-back atmospheres across the home-listening spectrum, we put two and two together and asked Mano to do us the honours of being our first guest. Expect good vibes and downtempo goodies, as well as a short chat in which we caught up with Niall on his summer, new music and current outlook. Big shouts to Niall, you can find an extended interview below!

Hi Niall, great to have you on the series. How’s life over in Zurich with the family, and what’s keeping you busy these days?

Life is not too bad actually, we are all healthy and happy, like the rest of the world trying to get over the pandemic nightmare! My album came out a couple of weeks back so I’ve mainly been dealing with press stuff and working on promoting the record. I have also started touring again a bit, it has been so nice to be on the road, see familiar faces from the music community and play some lovely parties.

You just hit a major milestone with the upcoming release of your third studio album, so we believe congratulations are in order! Can you tell us what this album means to you personally, and how it ended up on DJ Koze’s legendary Pampa Records?

Thank you very much! This album kind of feels like a musical rebirth for me but also in some way a return to my roots. I kind of struggled with my direction for a couple of years before Covid, I wasn’t really feeling excited by the music I was making but I feel like I’ve found a good direction now. This record was all about getting back to a good place with my process and feeling good about what I was creating.

I actually spoke with Kozi about doing the record on Pampa a couple of years back but for whatever reason it didn’t happen at the time, when the pandemic hit the stars aligned and it worked out. It has been a cool experience as Pampa is such a great label and a home to many of my favourite artists. On the Pampa website there is a quote from you, saying.. “Anything I’ve done – anything which I thought had any kind of artistic merit, has been through struggles I’ve had in my life”.

Can you give us an earlier example of that? Furthermore, how do the difficulties and emotions of this past period translate into ‘At The Moment’, and what have been some of the biggest sources of inspiration for its development?

In around 2009 and 2010 I was going through a really difficult period in my life, I was broke and working in an Irish bar in Berlin which was just about bearable because some friends were working there but it was also mega depressing because the place was terrible and working there wasn’t what I imagined I’d be doing with my life at that stage. The grimness of that experience really motivated me to work on my craft and concentrate on making music in order to change my situation in life. All of my first EPs on Internasjonal, Buzzin Fly, Mirau, Permanent Vacation etc came out of this period and it led to my first album “Changing Days” which was basically the start of my success. 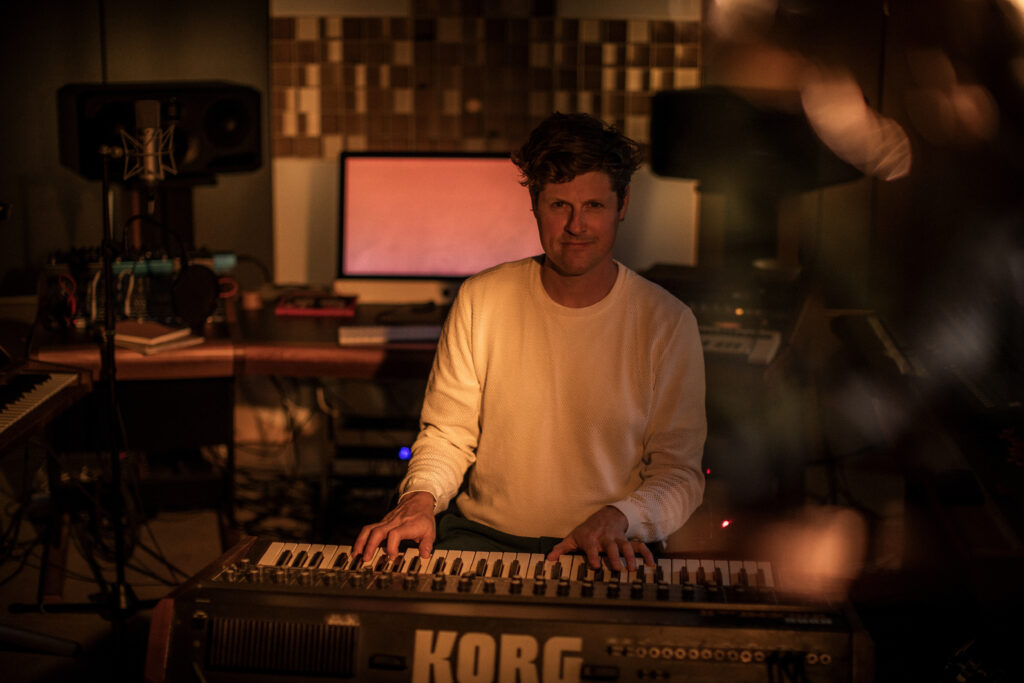 I have the feeling that sometimes when things are too good I can get complacent, I need the struggle and the fear of failure to motivate me.. I’m not sure its a very healthy way to work but its kind of the way I work. ‘At The Moment’ was kind of the same – the existential risk of the virus coupled with not knowing if the music scene would survive it ok stimulated my creativity. Also another layer of crises/stress was being a father and feeling that pressure to provide for my family…

With most of the LP’s material written and produced during lockdown, how did you experience writing music in this unique period, and can you take us through your day-to-day workflow and creative process?

I basically just got up every day, had breakfast with the kids and then made music, played with the kids and then made more music. It was a strange time for everyone and I was so glad to have a project to focus on. Music has always been a sanctuary for me, a place to process bad feelings and have something positive come out of it. My workflow is basically semi organised chaos, just write a lot, try to be open to the muse and just experiment. I have a lot of synths and guitars and stuff that I just played and recorded, just making ideas as I go. 90% of the tunes are failures but thats ok.

It feels like the album channels a lot of personal feelings, as you would expect, exploring new avenues in terms of moods and sounds, and also vocally expressing your views on certain topics.. How did you approach the project, and how did the concept for it develop over time? And what do you hope to convey through this body of work?

I think in a broad sense I just approached the project as an exploration into my creativity and psyche, I’ve always loved the artists the write from the centre of their experience and I guess I just wanted to access that. Any times I’ve made music that has been about the external it hasn’t really worked out well, I need to access my inner voice and when I do that then for better or worse I can live with the results. As for what I hope to convey, there is no one real defining message, I like when the listener can find something in the music for themselves, its their’s now, its not mine anymore.

You also recently released a split EP with DJ Koze, featuring an extended version of your album track “Pompeii”, plus a collaboration between the two of you. Having worked together on multiple projects, what does a typical studio session with Niall and Stefan look like?

I guess on most of the stuff we have worked on he has just sent me his demo and then I send back my vocal ideas – I can sense he’s quite a good collaborator with vocalists as he makes u feel comfortable enough to fail, if it doesn’t work no harm done, you just move on and try something else. he also did some edits and beats (new/cycles) on the album which usually means he will say – “I have an idea, can you send me ____” and then after a while he sends back something cool .

With things gradually moving in the right direction again, what are some ways you would like to see the world of dance music evolve and grow, now we’ve all had a moment to pause and reflect? Are there certain things you will steer clear from and that won’t be making a return into your routine?

I’m not sure that what I would like to see happen on planet dance is relevant really, I always see it as this huge dynamic organism that has so many scenes within scenes. There will always be parts to it that don’t resonate with me and then some wonderful perfect places/ moments where it will all make sense. As long as people are enjoying themselves and being understanding of each other then I’m happy. As for my routine, I think I need to be more careful with my scheduling in future and give myself more time in the studio, I neglected that for years and I just did so many shows which i loved but as an artist I need to create and be in the studio flow which takes time.

What kind of energy are you bringing us for our first radio show on Echobox? Any favourite and upcoming bits tucked away in there?

The mix is low energy balearic sludge house. I wanted to make a mix around 100bpm for ages and this was the perfect opportunity to do it! As for favourites, it’s full of favourites! 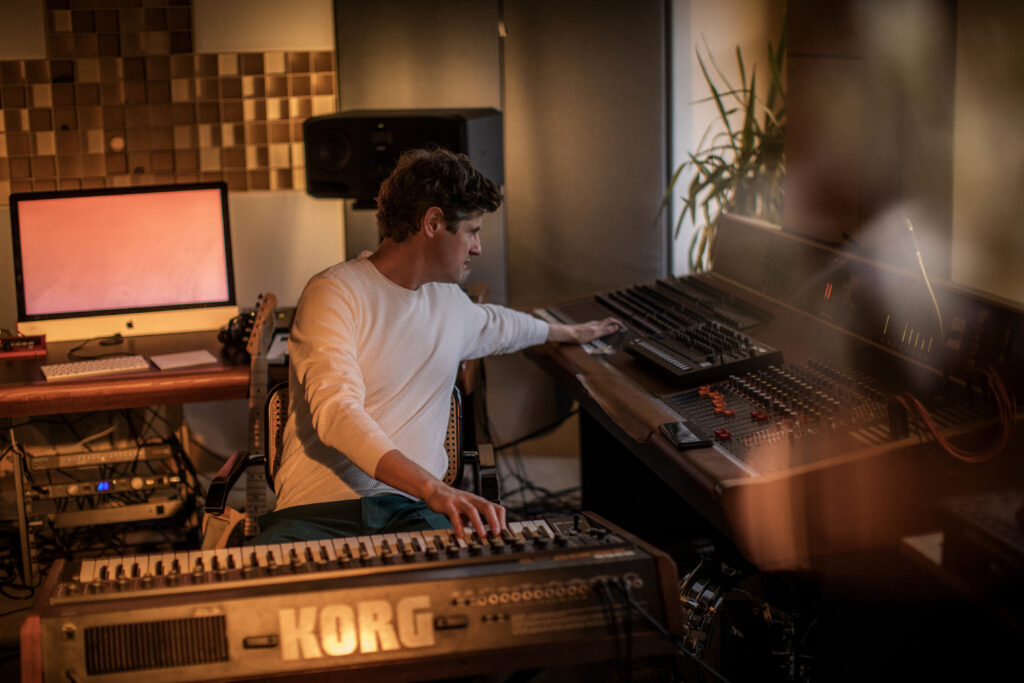 Finally, how is your summer shaping up? Any new releases in the pipeline for Maeve, and what else might you have on the horizon?

Well the summer is basically over now but I am looking forward to a nice autumn with (fingers crossed) more shows going on as Europe opens up a bit more. we have actually got quite a few things lined up for maeve, the first two things are from Jazzuelle and Mind Against and then hopefully more from our core artists like The Drifter, Kev Sheridan, Baikal and myself.