Khidja represent a fusion of styles in constant flux. For the latest Oddysee offering, they serve up a typical leftfield and intimate music exploration which fuses everything from downtempo industrial to Russian space jazz.

The Khidja project officially came into existence in the 10th grade, in the backyard of their German High School, where the duo had been collecting and absorbing music from all over the world for many years. Opposite personalities that modulate into one entity. As a group, they are preoccupied with the way in which technology (musical instruments and other mediums) materialise memory and simultaneously create new futures. Part of the production stays true to their love for records made in the past, when music was created by people who had studied their instrument for a lifetime and part of it explores new areas, in quite the opposite corner: Soundscape composing or modern electronics, exploring the framework of experimental music practice.

The Hivern Discs and Malka Tuti mainstays have been keeping busy in the studio and give us the low down on whats been going on behind the scenes including a new album, remixes, live performances and more.

Hi Fellas, it’s been some year already.. how have you traversed it? We presume you were both locked down in Berlin through the quarantine period.. how did you utilise the period? Was it a moment to take a break from the music or were you in production mode in the studio?

Andrei: Berlin was quite chill with regards to rules and restrictions, well compared to other places in Europe (we had no fines, curfews, etc). We already spent a lot of time in the studio before as well, so that wasn’t a major change, but indeed during this period, we spent almost everyday there for four months. We kind of finished our first album which feels slightly surreal. The tracks are almost finished already and we still have a few months more to sprinkle some magic on them.

Flore: It’s a little hard to describe. A situation never foreseen before in our lifetime. Our eyes into the world became even more connected to social media and online news magazines, if we weren’t living enough in cyber space before the pandemic, here was our chance to emerge ourselves fully and isolate within it. News was very upsetting for a few months but thankfully it’s now looking better and we can only hope there will be no second wave. It was also interesting to see how this sort of transformed the world into a socialist capitalist society of some sort, where we were all on a break, racing together against the same enemy. Hopefully this gave governments time to rethink things.

While observing all this, there was also the pressure of signing off a new EP and our first album, while finishing a few remixes too and juggling another 3 projects around many podcasts. It’s been pretty busy but there was still time to distance yourself from it all, detox from social media. I used some of this time to catch up on books that friends recommended and watched many online talks on various topics. (“Ghosts of my life” by Mark Fisher, Doughnut Economics by Kate Raworth, some Brian Eno talks) 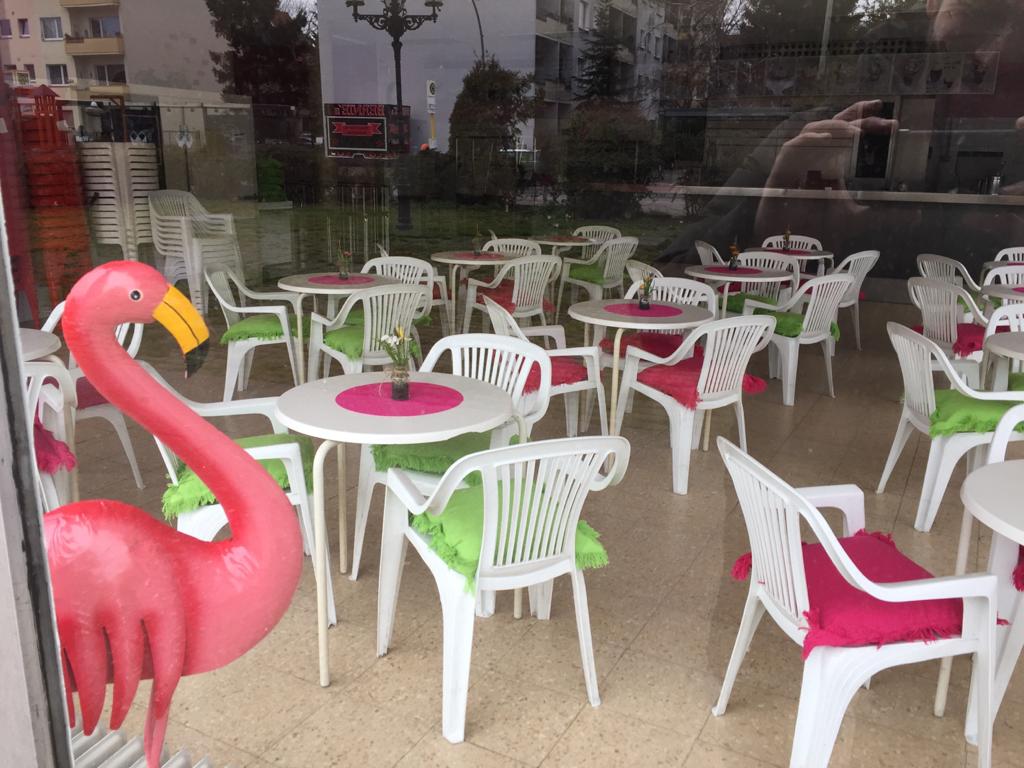 First off, we’d love to hear a bit about your musical journey.. having met back in 10th grade you must know each other’s tastes inside out.. how does that align over all these years.. I mean surely you don’t agreement on everything, so how does that work in the creative process?

Flore: It’s really a team effort with separate practice and rehearsals in a way. You play for the same team, have the same goals but prepare for it on your own. Of course, remaining in constant dialogue with one another though. What makes our taste so similar is the fact that we grew up with the same influences, constantly informing and sharing with each other. Today, we don’t talk so much about other people’s music, simply because we are always working on something or our own that has to take priority. We do our music research separately and when we play we often surprise each other. When it comes to making music, of course, you can’t agree on everything. It’s a difficult topic because you tend to be a lot more sensitive and self indulgent with your own creations. I don’t think there’s a particular solution to this problem… You need to play it by ear, give the other one space and creative freedom even if you maybe don’t 100% feel it’s the right direction. Contradictions sometimes work out very well.

Andrei: As Flore said, we did start exchanging music right when we met, we were both going to school with a walkman in the pocket and listening to the same tapes, cherry picking the same tracks after listening, always sighing together in the same breath whenever we heard a bad breakdown in a song. These kinds of shared experiences and discussions about music that developed over the years between us are some of the reasons that could explain the synchronicity.

In much of your music it’s clear to see the influences of your Romania roots. How do you guys personally perceive the evolution of your sound? We know for example, you’ve been working more and more on your live performances, how does this all interconnect?

Andrei: Bucharest does have a very distinct, dark and lovely sound and it’s all due to the terrific local DJs, too many good ones to mention, so you could definitely hear influences of that city in our music.

Regarding the evolution of our sound, it’s quite free spirited and unintentional. When you outgrow certain rhythms, melodic patterns, etc but still want to keep it interesting for yourself, that’s when it happens. Musical evolution for me is a lot about trying to grow my abilities to be able to translate my thoughts into music. Since we’ve started touring more in the last few years, we had time to focus on our own live show for some time. We have tried various set-ups but eventually found what we needed to eliminate hick-ups and also feel more relaxed on stage. It’s a pretty challenging rig to carry around everywhere, install, set up, etc but at least it works every time.

Flore: Our first, maybe most well known EP’s were heavily influenced by eastern scales, this was the sound we were into at the moment. It was also the Zeitgeist of the Bucharest scene to an extent. We always go through musical phases as listeners and as DJ’s. That has always had an impact on the music production. Our last few EPs, (I think 5) will showcase an eclectic mix of styles and genres.

With the live set, yes we have become more clever with the way we perform live. With our last effort we tried to play everything 100% live, no sample loops, nothing in that sense. There were 3 live shows commissioned for Europalia last year, for the international arts festival of Brussels. One of the cool things about it thinking back was that without actually being aware, we were using (self) generative music techniques by randomising notes triggered by the sequencers. You would start a piece and to a degree watch it unfold before your eyes and steer it into the right direction. For this project, we invited Mihai Balabas (guitars, sampler) and Rob Szeliga (Bass, Clarinet) to accompany us. We had also George Jasper Stone do the visuals for the show. We are hoping to develop this project further. 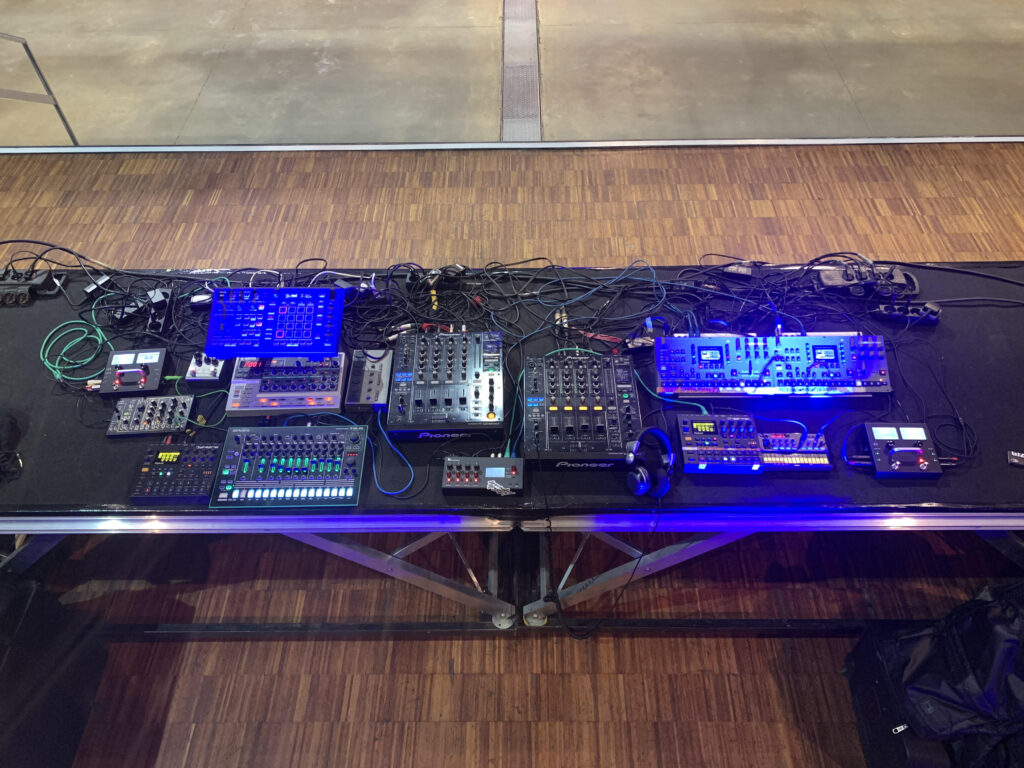 One of the regular homes for your music is of course Malka Tuti.. by the time this publishes, your latest remix will be out for Decha. Can you tell us both a bit more about this track and your relationship with the label? In addition, what else can we expect to see from you in 2020, do you have any originals EP’s or remixes in the pipeline?

Khidja: The remix was done really quick, maybe the quickest job in a really long time. The chords of the track were recorded one evening without anything in particular in mind, then after adding Decha’s voice we knew this could be something. The rest of it came naturally together on the second evening. A bit like solving a riddle. Then a nice surprise came along, when Malka Tuti invited Tel Aviv visual artist Natalie Feldsman to accompany the remix with her beautiful visuals.

We have had a close relationship ever since they first got in touch. We are friends and of similar age, so the same generation. We started off pretty much around the same time. By the time we had our first release, Malka probably had it’s first release too. Their 3rd release was our EP “El Fada”. They are restless and always wanting to hear new music, so along with that new releases come to life.

New material, yes, a new EP, our first album, a few remixes and projects we can’t yet talk about.

Flore: It’s a little bit all over the place but retains a vibe. We are trying to play what we think would be cool to hear out there. Maybe a more intimate selection but def not a club set. haha

Andrei: I’ve been finding it difficult to listen to too much dance music during isolation but am slowly getting back into it. There’s slight hints of that coupled with some Russian space jazz tunes by Mikhail Chekalin and fresh ones like the new CPI, plus a few surprises.