We’re putting it out there, Cooper Saver is an all-round good dude. After spending the better part of his twenties throwing warehouse parties in his hometown, Los Angeles, with the likes of Avalon Emerson, Floating Points, Young Marco and Four Tet on the bill, Cooper has developed some serious studio works over recent years. The latest of which landing on household institutions like Hivern Discs, Permanent Vacation and Internasjonal. Showcasing his talent for creating hypnotizing sound progressions while maintaining a versatile footprint sonically.

When we launched Oddysee, Cooper was one of the first names that we invited, and we’re stoked to finally have him on-board. Hear him lay down an extremely well-thought-out selection of music over the course of his 83-minute mix contribution. Furthermore, we caught up to hear what he’s been up to in recent times.

Hey Cooper, good having you here! What have you been up to over the holidays? Going of your recent Insta shares, it looks like you’ve been spending some quality time in the mountains…what can you tell us about that trip?

Thanks for having me! Holiday time has been pretty mellow, I’ve been on serious lockdown so that I can continue safely hanging out with my family – really grateful for that. The photos you probably saw are from both Zion National Park and random trails around the LA area. All I can really say is having access to nature has been the only thing keeping me sane this year… and every but this one especially.

When we spoke earlier you mentioned that you, like so many, have been dealing with the uncertainties of the current climate. How did you experience these last months and what is life currently like in Cali?

My life hasn’t changed that much since March, still taking things very seriously and it only seems to get worse over here. It’s super disheartening to see people being less mindful, pushing the limits like everything is normal. I’m sure everyone’s been saying similar things. Living in America in 2020 is a trip. I’ve felt all sorts of ways about it, like we all have this year, but ultimately you gotta keep things in perspective. Count your blessings and hang tight, all you can really do.

Due to the obvious, the usual ‘Far Away’ dance floor festivities are halted until things lighten up again. The last party we believe was the fundraiser event for Avalon Amerson’s great ‘Buy Music Club’ initiative. Having seen the both of you connect on numerous occasions, I’m curious to hear what the connection is there? And what can you tell us about the BMC project and the motivation behind it?

Avalon and I just go way back to the early days and kind of got into things around the same time. She lived in SF so it wasn’t a big deal to hang out or play gigs together, she actually played the first Far Away warehouse party in 2012 and we’ve done pretty much all of her LA shows since then. And then by the time I started touring she had already moved to Berlin and always graciously hosted me on her couch, so I definitely owe her thanks if she’s reading this haha. 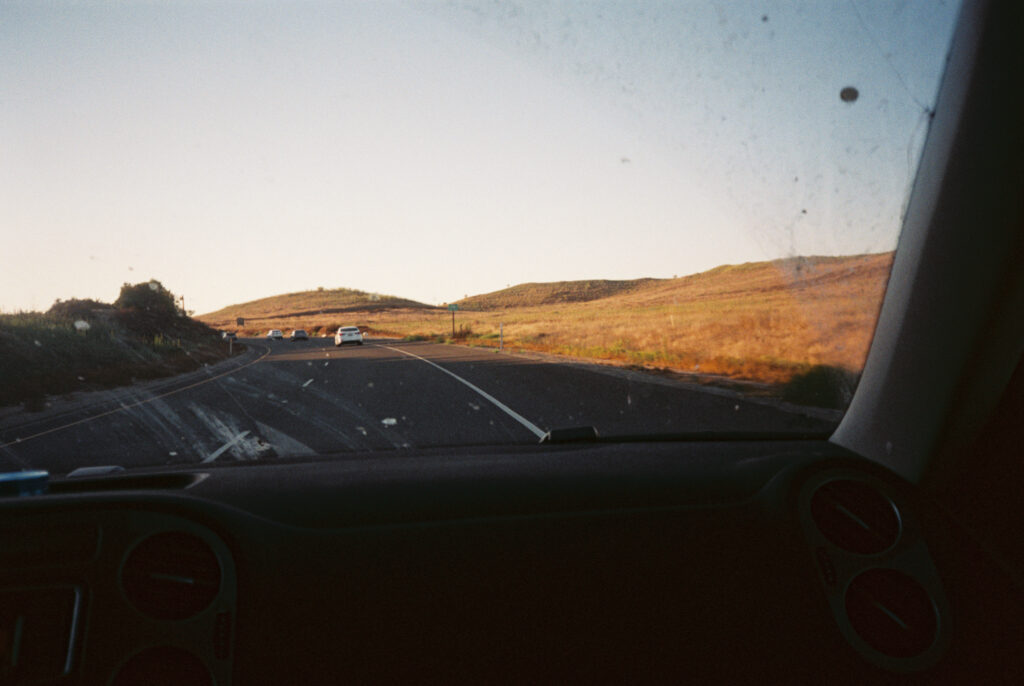 Our BMC event actually happened in November last year, which featured Avalon and Nathan Micay playing b2b. But we had Avalon set to play all night long by herself in March of this year, which got cancelled obviously. But the motivation behind that was to simply help raise funds to further develop the platform and raise some awareness about the initiative etc. I’m not actually involved with that project, just supporting.

On the label side of things, Far Away just released its first album, courtesy of Pop District – a beautiful dreamy, synth pop workout. Initially setting off to be a mixtape for the tape series, how did that transform into the label’s debut album and what have you enjoyed most about the project?

We’ve done a few albums before – Sage Caswell, Ale Cohen, and Bulkhead. But this is our first proper album release making the individual tracks available and creating a whole new visual concept specific for the Pop District release. In the past, our releases were exclusively mixed, like a DJ mix, on cassette tape. So even though those past releases were all original music, the tracks were never actually available on their own. So in a way, this is still a debut album for us in the sense that we’re treating it as an album and intending on it to be experienced that way.

I’ve enjoyed a lot of things about this project. Jen has been a massive help getting it off the ground due to her experience working with record labels and digital distribution, she was able to legitimize this far more than I ever could – getting it up on streaming platforms and available everywhere. In the past I would just toss the physical cassette on bandcamp and call it a day, but now we have a lot more opportunities and pieces of music to work with, rather than just one audio file of a mix. It’s been fun! And also on a personal level it’s been really rewarding because I think Chris (Pop District) is so talented and special, and we’ve been talking about this ever since we put out the Bulkhead tape years ago (he’s also part of that project). We tried something new with this because we love his music and want people to hear it, simple as that.

Your monthly show on Dublab Radio has been coming along nicely as well. Recently hosting hardcore artist Ned Russin for a conversation, tell us a bit about how that went down and your connection to the genre?

Hardcore and punk rock have always been a major part of my life, long before dance music came into the picture. Growing up skating and being into hardcore kept me in a straight line, focusing on things that are important to me and always evaluating that. The ethos and mindset are universal… even just doing things DIY… throwing raves, doing your own labels and putting on your friends… you know what I mean. The things I’m inspired by, or gain from hardcore and punk are constantly applied other aspects of my life, in and outside of music.

Anyway Ned is just someone I find particularly interesting and his bands are some of my favorites. It’s always cool to chat with people from different music universes. Our worlds can be similar at times, it’s really not that far apart. There’s a good amount of crossover, in terms of scenes, in American at least. Ned has done a lot for contemporary hardcore over the last 10 years or so and we’re of similar age, and I also really admire what him and his crew achieved in terms of community building in their scene. I straight up just emailed him via his Facebook page and he was super into it, a really nice guy.

Sometimes I just get really burnt out and bored with dance music and the whole game, all the shit. And being able to entertain this other side of me, like talking to Ned and sharing some of that with my audience or whatever, feels really cool and meaningful rather than just playing some promos that landed in my inbox that week. But that’s what radio should be for, it’s meant to be a personal expression. My own music and creativity suffers if I don’t seek inspiration from things outside of the dance music bubble.

You also just had a couple of releases out on Hivern Discs, the latest of which being a split 12” with BSS. What can you tell us about the record in question? And I know that you’ve been busy with rearranging the studio.. how’s that coming along? Any major changes or new additions? Which will be heard in upcoming works?

When I first started talking with the Hivern team, there were two demos in particular we wanted to work with. One of them was this track on the split with BSS, and the other one ended up becoming “Tell,” which was released on the Hivern Fragments compilation. So it worked out pretty well, I was so thrilled they were down to sign those tracks. Seriously a dream! I loved making “Walk On Water” though, it felt a bit different compared to previous releases of mine and I think it sounds a bit that way too. I felt like Talabot would be into it when I finished it, so really it’s a best case scenario situation. Also shout out to BSS, always a pleasure to share a record with a friend.

In terms of the studio, some changes for sure but nothing crazy. Just the usual thing of getting rid of stuff to get new stuff, and rearranging. You’ll definitely hear it though. There’s an album on the way but I’m not going to say anything else yet. 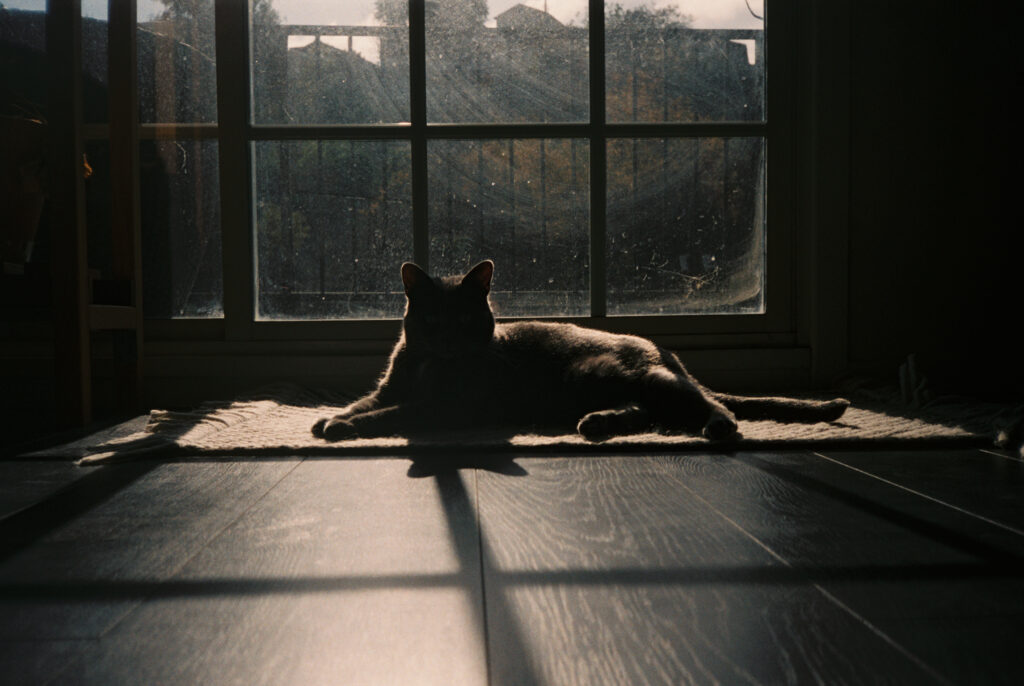 Finally, what can you tell us about the mix you’re recorded for us? You mentioned that, due to the current circumstances, it took some time for the creative juices to flow. How did it all come together in the end and any standout tracks you would like to mention?

Yeah it always takes me a while to get my act together and figure out the idea of a mix. I hate just throwing tunes together without any real thought behind it. That’s my problem though, I make it stressful for myself and overthink everything. Plus with everything else going on this year I just haven’t been in the zone at all. I didn’t think I’d even be able to deliver this mix at all haha. But luckily there was a brief moment in time where things fell into place, I hope it sounds alright! I love this classic Astral Pilot tune, I was stoked to find a place for it in the mix that made sense sonically.